As much as I don’t want to report on water, it is something that our lives revolve around, and I want to help out those who come after and may want to imitate the experiments in our lives that are successful.

Water this year has been a struggle, but one that we are (pardon the pun) treading water with.  Actually, at this very moment we have water just barely trickling into the cabin, which is a step backwards – it was running freely last night, and Donna left a good trickle going into a bucket all night. (The bucket was full this morning when I got up, so no water is wasted – and I would be nervous about a trickle in the drain pipe all night – I think I would rather have no water coming in, as compared to no water going out.  Carrying clean water in is nicer than carrying dirty water out.)

So anyway, this morning I started the sauna before sunrise, to try to warm up the pipe there, and the tanks there.  I have a hunch that it is the pipe in the wall of the sauna which is the problem.  I may go as far as to cut an access hole in the wall and try to insulate that pipe, and see what difference perhaps that may make.  I also started up my new generator to let me run the heat cable for a bit and see if that also helps.  I’ll try to post my generator thoughts and woes soon.

Previously I managed to get the water flowing well, and at the same time decided to give a good mopping of the inside of the water tanks (there was some notable sediment there…)  Shortly after stirring up the silt, I noticed that my water flow inside the cabin was abnormally low, in spite of the sauna and heating line having been warmed up.

This prompted me to feel that something other than ice was at play.  I then thought back to having cleaned the tanks, and wondered where the silt would have gone once it went out of the tanks…  Into the bottom of the line that travels from the sauna to the cabin?  And then did I really have enough pressure at the best of times to flush that out?  Not likely…  So it must have been accruing down there.  Sigh.

First up – I replumbed the sauna lines so that the well pump would pump directly to the cabin. 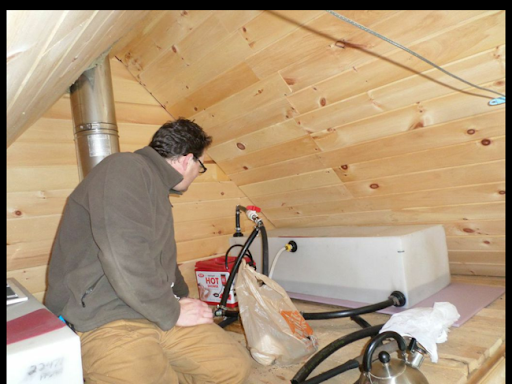 This increased the pressure notably and blew some nasty looking water into the kitchen. 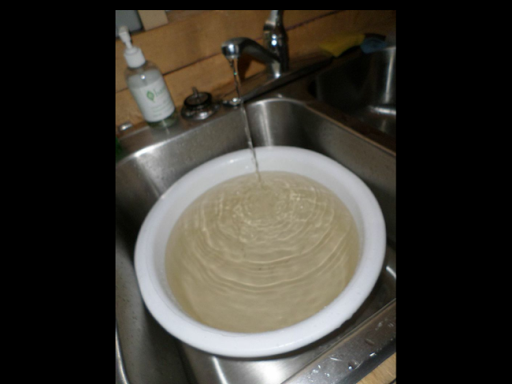 Second up – I replaced the kitchen taps with a “cheaper” set, that had the advantage of not feeding the water through a tiny little “straw” of a pipe. 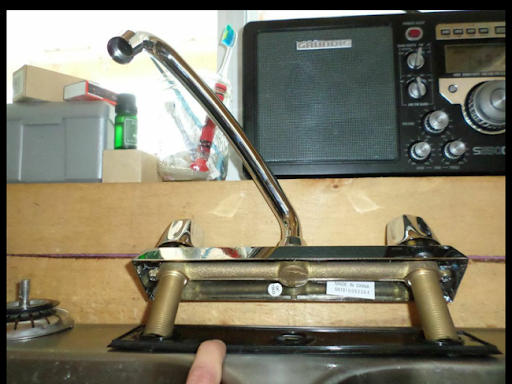 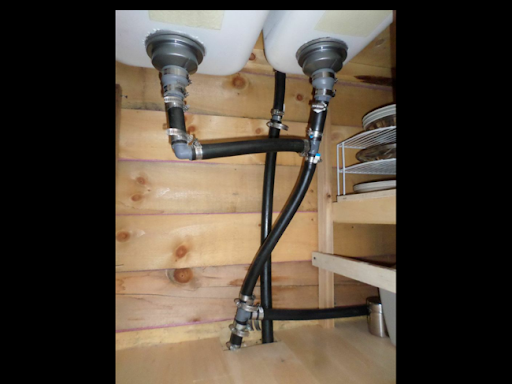 These taps could open up much more notably.  And low and behold, better flow than we had ever had before! 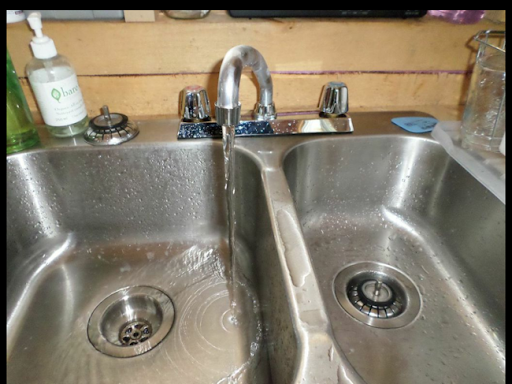 Now we need to find the magic formula to keep the water flowing between buildings…  My heating line seems to open things up in a pinch, but now I think our next step will be daily fires in the sauna to try to keep its ambient temperature from going too far below freezing.

Of course, we will also continue to keep the tap dripping inside to help ensure water flow.  Over Christmas, I will likely add the RV antifreeze to the line as well to try to keep it from freezing while we are gone.

As always, stay tuned, and send us your positive, wet thoughts!