After having completed the sauna porch first, the remainder of the summer was given over to working on the cabin porch.

This allowed the sauna porch to grow into its role and begin to mold itself to its surroundings and situation.  This sounds all organic and nice, but what it really means is that the roof and floor were sagging in spots.

I had expected and tried to plan for this – so I wasn’t too upset or concerned.  When I had lag bolted the structure together, I had only put one bolt in each area so that it would act more as a pivot, and allow the wood to move around each other.

On a recent trip to town, Kenny and I had purchased a dozen 10″x10″ patio stones that were about 1 1/2″ thick.  I reasoned that they would fit perfectly under my deck blocks and allow me to accomodate that much movement, in conjuction with the screw mounts that each post was mounted with.

I spent a day cleaning off the porch, and then was ready to proceed. 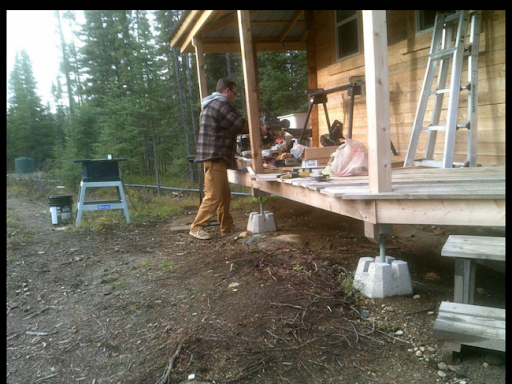 I started on what I felt to be the lowest side of the sauna – as the summer progressed I experienced the sensation of “falling off” the porch more and more along that side of the sauna as the outside edge dropped an inch or two compared to the inside edge.

Using my 2 tonne jack and a solid piece of firewood (in conjuction with several scrap pieces of two by six), I raised it up until it showed level on the floor.

I repeated this process at each post, working my way clockwise around the sauna.  Where it was a small adjustment, I simply screwed out more of the post jack.  Where it was a larger adjustment, I backed the screw off completely, removed the deck block and scraped off the frozen soil (it was a challenge in some places to remove the deck block as the ground had already developed a frozen crust).

Then, I replaced the deck block and jack, and, with much cursing and finagling, I was able to further slide a patio stone under the deck block, and return the screw support to a position ensuring that the floor was still level. 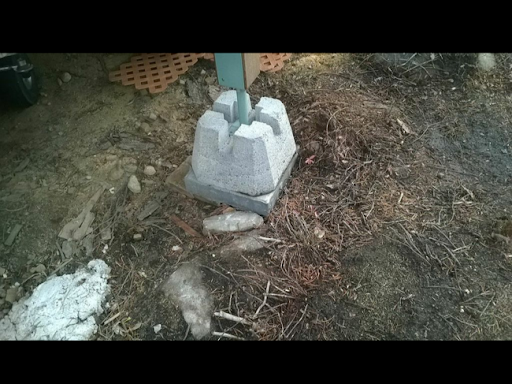 Frustratingly, because the screw jack and the deck block were inset in one another, it was not possible to install the supports from the ground up.  Instead, I had to install the stack from the top down.  This was a real challenge.  I think if I have to do it again, I will enlist an assistant to try to slide the patio stone under while I hold up the deck block. 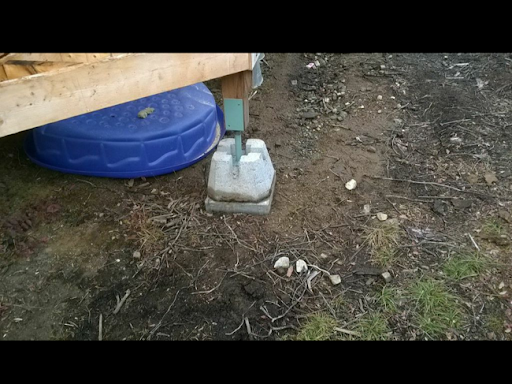 It took the better part of the morning and early afternoon to adjust all twelve posts on the sauna.  I don’t believe I have to do anything with the cabin yet, as it was built completely level, and I can’t see any signs of it sagging yet.  Perhaps under a snow load that will accelerate the process (although that will also occur when the ground is likely frozen and unlikely to have much give either).

With the sauna porch levelled, I then moved on to installing the remaining lag bolts at the important load points.  This went quite well, I pre-drilled the holes to ensure that the support boards wouldn’t split, and then used my impact driver to put in the lag bolts. 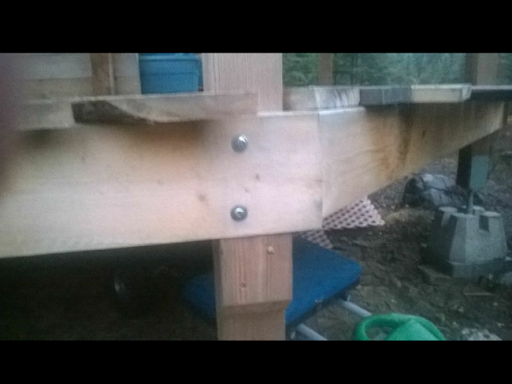 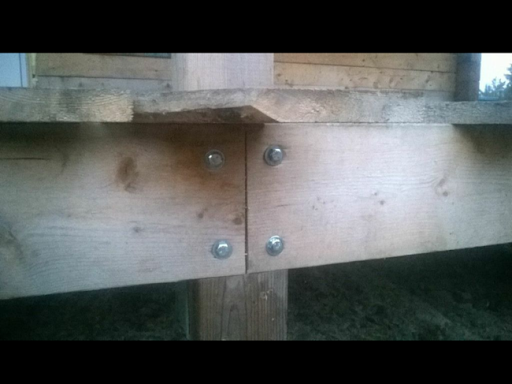 Finally I yanked and kicked the posts until they were as vertical as possible, and installed hurricane ties near to each one to keep them there.  This had the added effect of levelling off the roof of the sauna porch in a location that had become noticeably “humped” where the post was tipping outwards and forcing the outside edge of the roof higher than at the posts on either side. 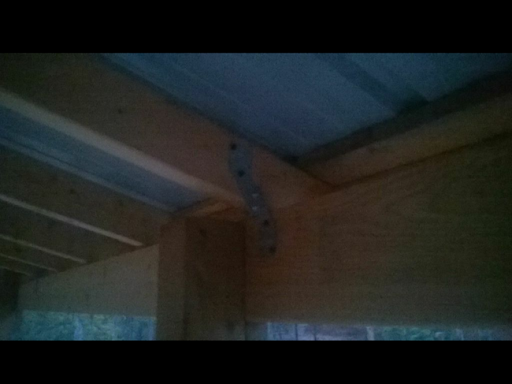 Stepping back and admiring my handiwork, I can honestly say it looks really good now (it doesn’t hurt that I spent another day just clearing off the tools and building materials that had accumulated over the course of the summer).  When I think back to the spring and just how much the snow had deformed the roof, I’m pleased as punch, but not a little apprehensive to see how things go this winter. 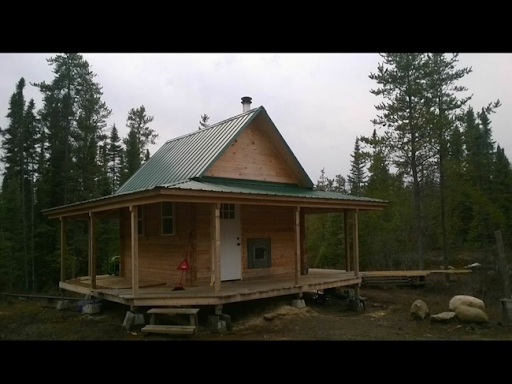