This year I’m trying to get a bit ahead of the curve when it comes to our water situation.

First up was working with our observations from last year.  It appeared that the water lines were freezing up in three locations that I was aware of.

. Between the sauna and the cabin

To solve the issues inside the sauna, I still plan on putting up a bit of a vapour barrier, along with extra insulation and another layer of panelling.

Between the sauna and the cabin I do have a heating cable.  I am prepared to switch it on and either run the generator, or just use it on sunny days.

Where the water passes through the surface ice of the well itself I already had a heat cable that I could switch on in the sauna, so again I have a solution there.

The new location that I hadn’t anticipated last year was where the water passed through the well casing itself.  I shelled out the big bucks on the smart heating cable and then headed once again down into the well with Kenny supervising. 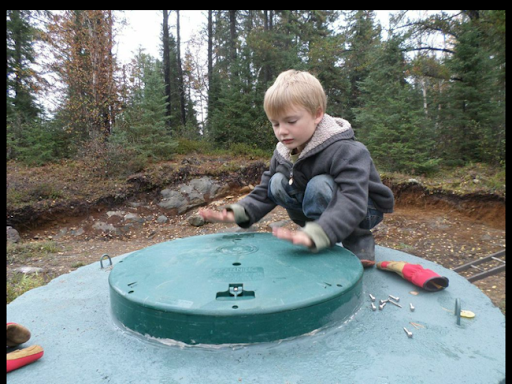 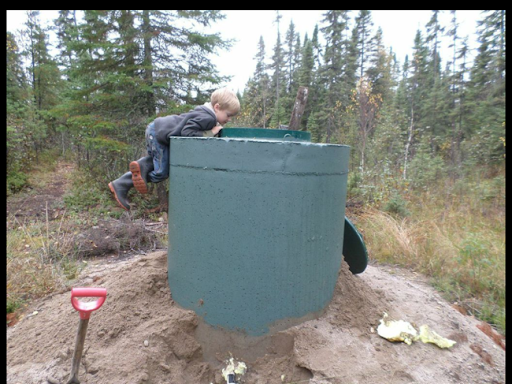 We had dug out the cables and water line on the outside of the well in anticipation of this. 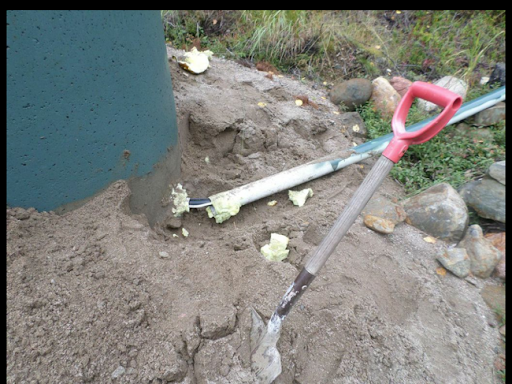 With me pushing from the inside and Donna and Kenny pulling from the outside, we managed to get the heat line through the casing and fed a short distance up the pipe towards the sauna. 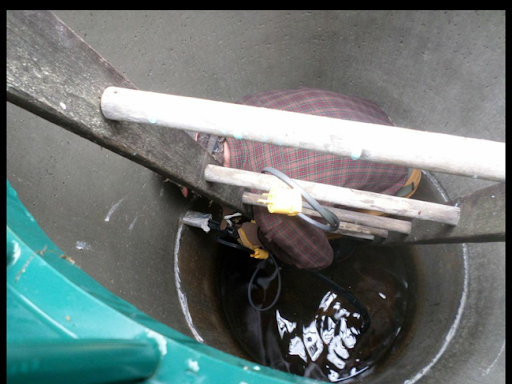 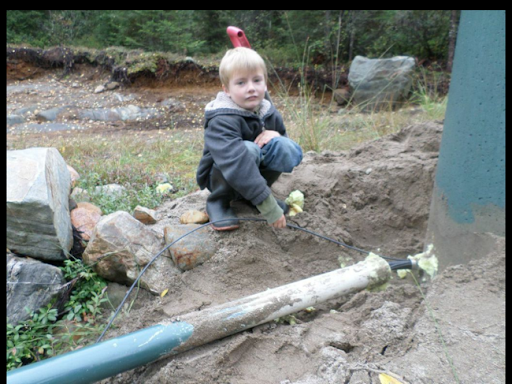 I fastened it as tightly as I could against the water line inside and outside the well casing, with the last few feet just resting loose in the PVC protective pipe.

Grandpa arrived with a sheet of rubber which we wrapped around the exposed pipe and wires, and again fastened with cable ties.  We backfilled around the well and then worked together to ensure that the water line from the well to the sauna was always running down towards the well. 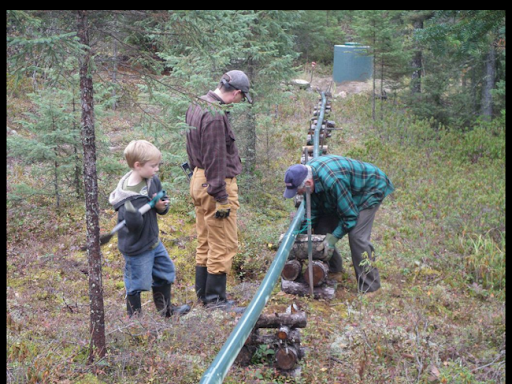 I have suggested that if this does not work, then we will have to look at the financial possibilities of drilling a well closer to the cabin next year.