After thinking hard about various schemes for properly finishing the porch on the sauna, I think finally settled on something suitable.  One factor I wanted to keep in mind with this porch was to be sure that my style and technique could be later transferred to the cabin porch, to maintain consistency of aesthetics. 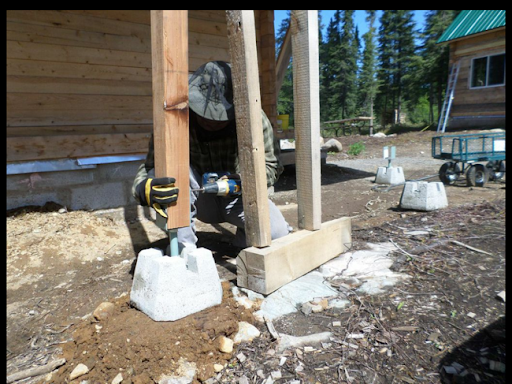 First up was guesstimating the location of my first post.  I opted for cedar posts with standard SPF construction for the remainder of the project.  I didn’t (and don’t) have much lumber saved up from the sawmill anymore, most of it had been used in other projects, or was an unsuitable size or dimension.  While I understand that SPF construction theoretically won’t last as long, the two things I have going for me are the fact that the wood is under the cover of my solid porch roof, and the fact that with my mill, I should be able to cut replacements as I need them.  The cedar posts were a choice because it’s difficult to find 4×4 in SPF, and we have a no-pressure treated wood policy here that so far we have been able to stick to. 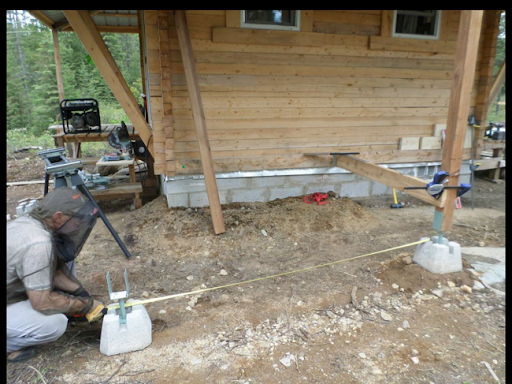 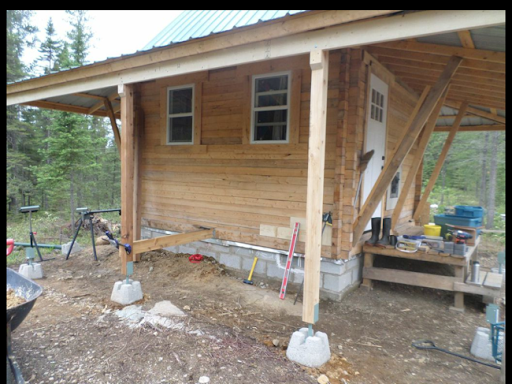 I decided to go with the deck block concept for the porch supports as it was a nearly instant option from what I can see.  Level it, and then go.  I have opted to spend an extra $10 per post and have an adjustable bracket at the base of each post.  This gives me many inches of play before I have to actually lift the block and shim it (something I am prepared to do – mostly by sliding a patio stone under it).  Compared to pouring multiple concrete pads or piers, I feel that checking the porch for level on occasion and fixing any variation is much easier.  We’ll see in the future. 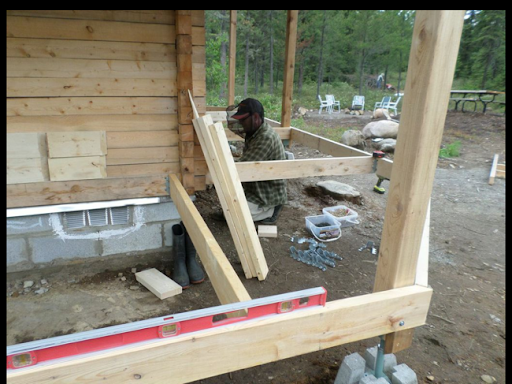 With my first post up and clamped to a two by six board, I lag bolted into it from the side and began working outward from there.

Having the roof already on the porch presented a unique issue.  I would cut the posts shorter to ensure that they would fit up under the steel, but I wasn’t too fussed on just how much space there was between them and the steel, so long as they got up past the existing rafters.

With the posts up, I placed another two by six “support” up tight underneath the porch rafters.  I lag bolted this into place as well, and put in a few temporary hurricane ties to hold it under the rafters without it tilting in or sliding sideways. 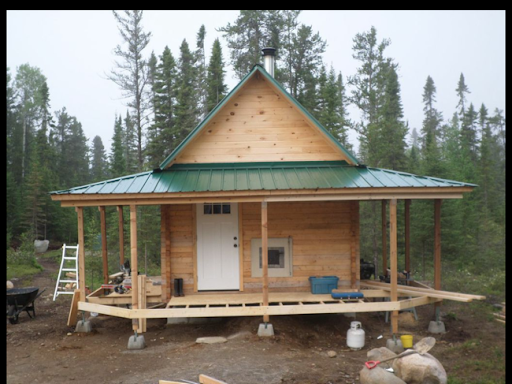 In an effort to save on the number of posts I needed to install, I made the (experimental) decision to not put a post directly in the corners of the porch.  I backed it off between three and four feet, convincing myself that the very corner of the porch roof doesn’t have to support a large amount of weight, even in winter, because it isn’t subject to any “run-off” from the main roof of the sauna.  I told myself that the cantilever effect of my two by six support beam will give enough stability to the corners, especially coming from two directions at once.

Cutting the corners, (literally!) worked well in practice.  While I did have to figure some extra 45 degree angles, and create an inventive pattern of floor joists, it also had a side benefit that I only realized later.  The low outside edge of the porch roof made stepping onto and off of the porch feel rather cramped.  By coming up in the corners already under the roof, the headroom was greatly expanded.

On the sauna I put in floor joists all the way around, an option I may not pursue on the cabin – I may hold off on finishing all areas of that porch to allow myself to mill more of the lumber myself. 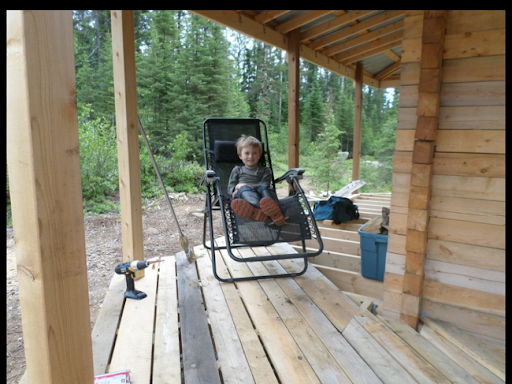 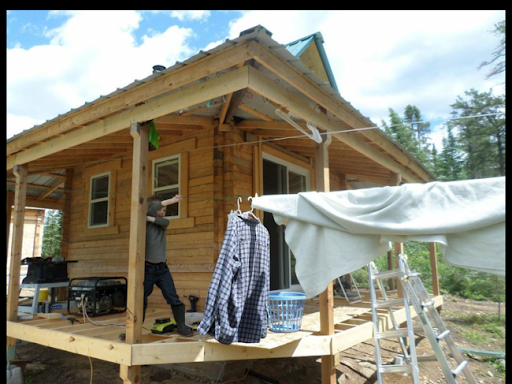 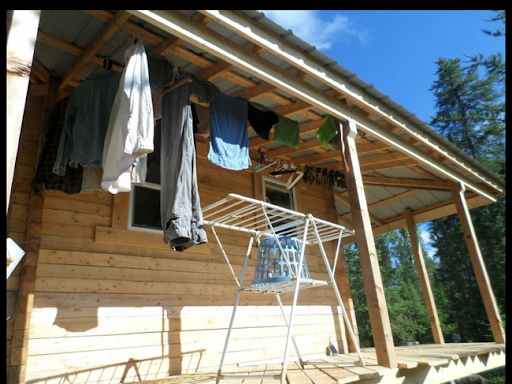 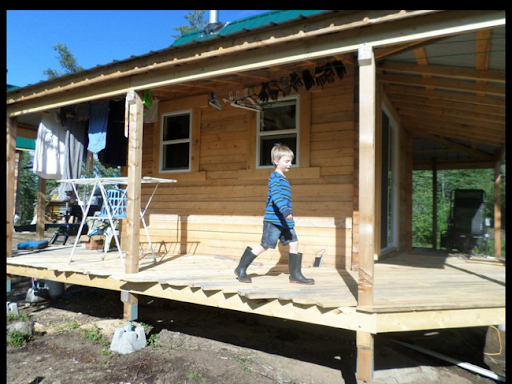 Next up will be transferring my techniques and knowledge to the main cabin!

3 thoughts on “Building a Rustic Wraparound Porch on the Sauna”