One of my most popular posts ever predates our actual homesteading start by a fair bit.  It seems like other people are also interested in being able to naturally and easily create something that has the ability to bring such pleasure (or pain – if unmoderated).

While I still don’t have enough room to set up a 20 litre carbuoy, I did think I could go back to small batch brewing and create something we might be game to try. 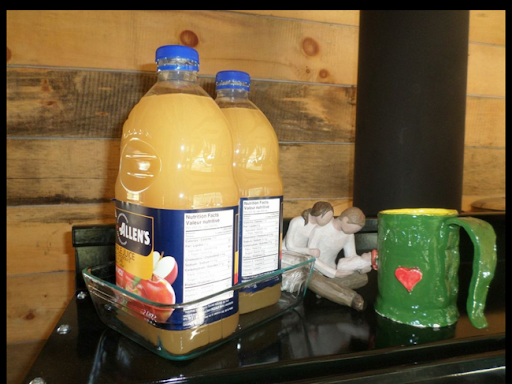 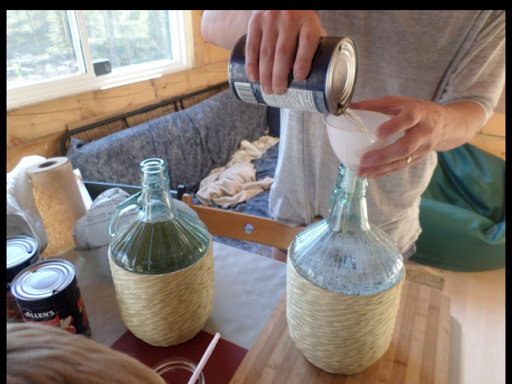 My first attempt was really, really quick – I simply cracked the lids of two large plastic bottles of cider and added some yeast.  This worked well, but soon after I discovered a local source of larger, 5 litre glass bottles that allowed me to buy my cider in any format (that didn’t contain preservatives) and use it for future recipes.  I treated these the same way I use to do for the gallon bottles I was able to purchase in Wellesley.  I forwent (forgoed?) a vapour lock, opting instead for a small metal cup as a cap to keep out dust and foreign yeast. 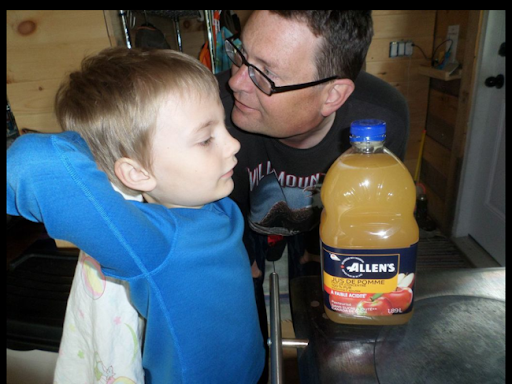 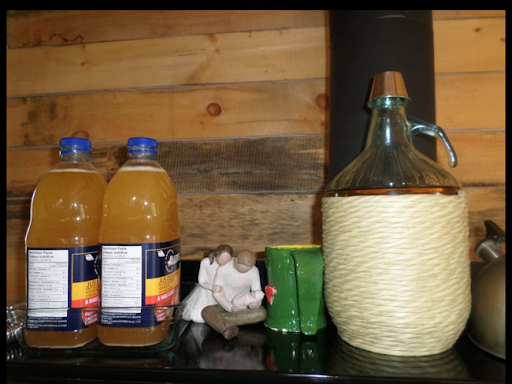 Bottling is a little more low-tech than previously; so far I have graduated to racking it from one large bottle to another to try to reduce the amount of yeast sediment, and then after a day or two, bottling into my Grolsch gurdles. 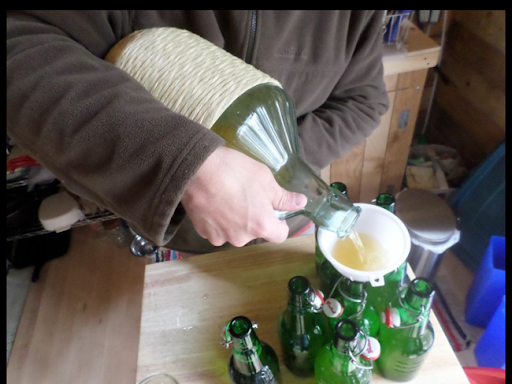 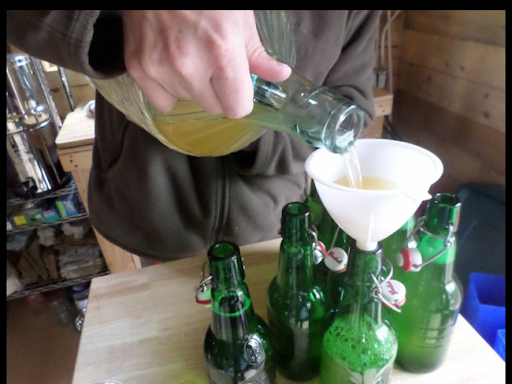 The first few batches were quite flat.  Both Donna and I like our cider to have a little snap to it, so the last batch I added about one or two teaspoons of sugar to the gurdles before bottling.  It will remain to be seen if that is enough to carbonate the brew for us before we put it into the fridge.  Timing may be important, to ensure that the yeast are still active enough when I bottle.

In any case, it’s a nice sideline hobby that pays good dividends.  I am looking forward to seeing how well it will work in the dead of winter, with the bottles likely making their home on top of the warming closet.