It has been a very slow progress spring for me here on the homestead.  It has been at various times rainy, and buggy, and hot, and I’ve been fighting though some pretty severe fatigure.  My off-homestead work commitments have also increased.

In between the other obstacles, and naps, I managed to spend a couple of solid days plugging away at the slab pile down by the sawmill.  It took much longer than I expected!  At least I had the ATV and trailer running well and was able to use the trailer to haul away the cut up slabs.

For now I cut them up by laying them across two metal sawhorses, strapping them onto both of the sawhorses, and then cutting one end and then the other.  I alternated to prevent the weight from moving off centre and tipping over the whole thing.  Finally I cut between the supports and repeated the process. 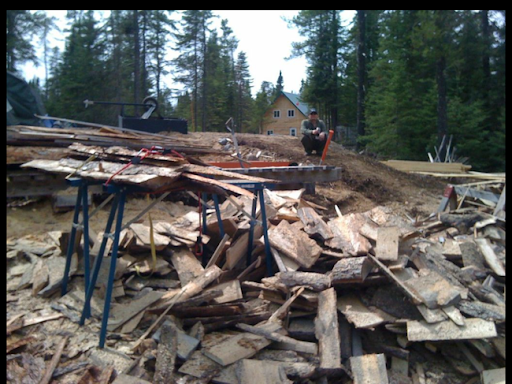 Well, except for breaks. 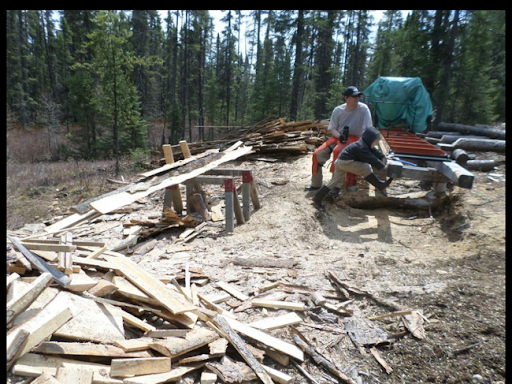 And a second break.  It was certainly the highlight to have Kenny and Donna come to visit, especially when they brought a cool drink of water. 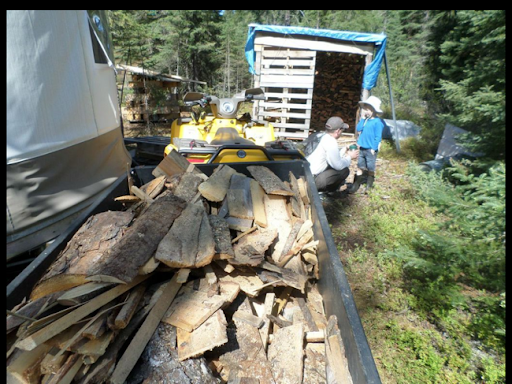 Eventually I was able to nearly fill my largest woodshed with all these slabs – that’s a nice feeling.  But I still have three more to go before winter, and that’s assuming that I’ll burn much less wood this year if I can improve the overall insulation of the sauna and cabin.

A nice side effect of cutting up the slab pile was that after having sat for so long, the slabs readily gave up their bark.  I had so much bark coming off of them that I was able to spread it around the sawmill site in a manner that smoothed out the landscape slightly.  I’ll see if this can continue. 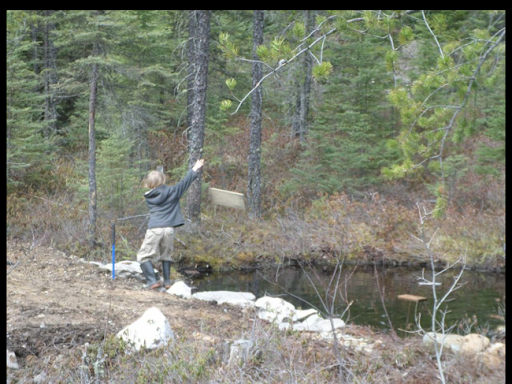 Wait!  That’s not where those are to go!