With all the other things to do on the homestead, we have opted to make the garden one of the lower priorities.  This was on the advice of another famous proponent of rural living – Steve Maxwell, who suggested that gardening took up a large investment in time that he wasn’t able to commit to while building his house.

Besides, in the western world, and Canada especially, food is sometimes incredibly cheap (but that’s rapidly changing too).

This summer we couldn’t resist the urge to at least begin to take some baby steps.  Now that Grandpa had given us a safe and easy means to keep our plants watered, we just needed to get started. 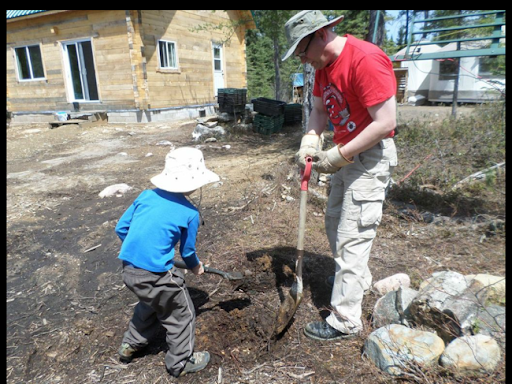 First Grandpa and I headed off to a nearby location to see if we could transplant some hazelnut trees.  Grandpa wasn’t exactly sure where he had seen them in the past, but we found some likely candidates that he couldn’t identify, so we brought them home and Kenny and I dug some holes for them.  It will be a laughable situation if they turn out to be something different and I spent so much time transplanting them. 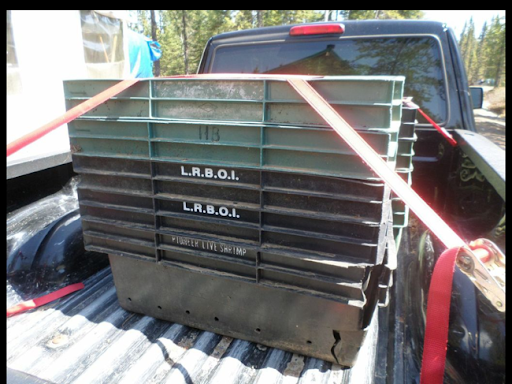 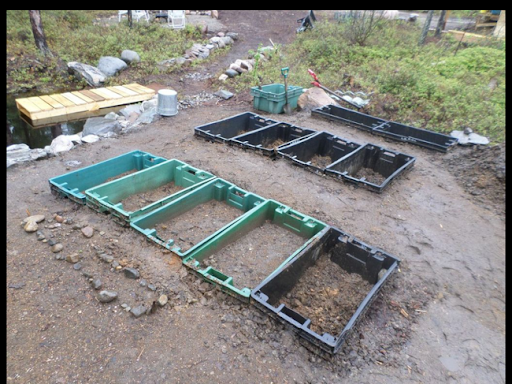 Then a neighbour hooked me up with several large trays that Donna placed close to the pond and her and Grandpa filled them with soil. 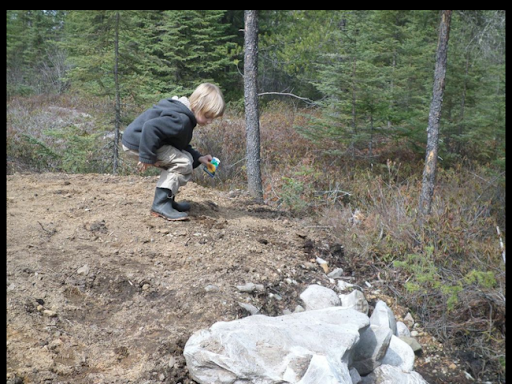 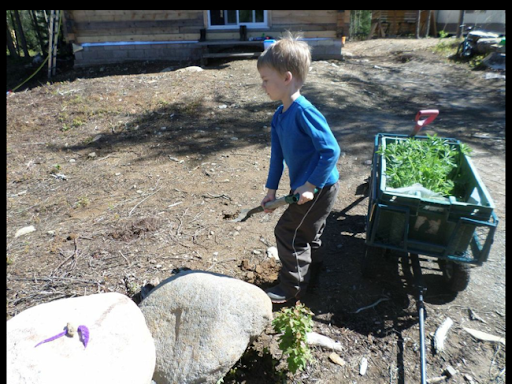 Kenny pitched in later when Grandpa brought over some flowering plants that they had extra of.

Now we’ve expanded out to rhubarb, raspberries, strawberries, parsley and chives as our “perennials” – and Donna and Kenny also have some potatoes, onions, carrots, beans, lettuce, cucumbers, radish, pumpkins, sunflowers and other flowers all showing good signs of growth. 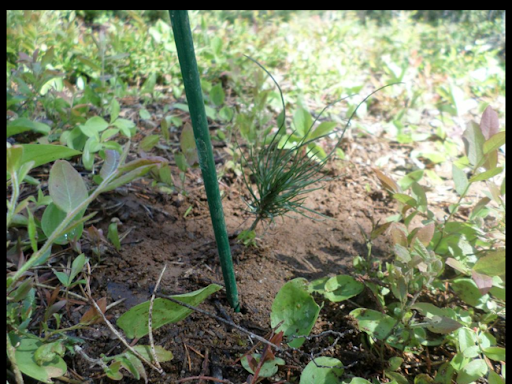 Some unexpected but appreciated red pine seedlings rounded out our efforts so far.

We’ll try to keep our expectations realistic, but it’s a fun start!