A project that Grandpa had mentioned a number of times lately was a small dock for our pond.

While I don’t believe we’ll get much chance to fish from it, it certainly would make fetching water for the soon to come garden and plants much easier. 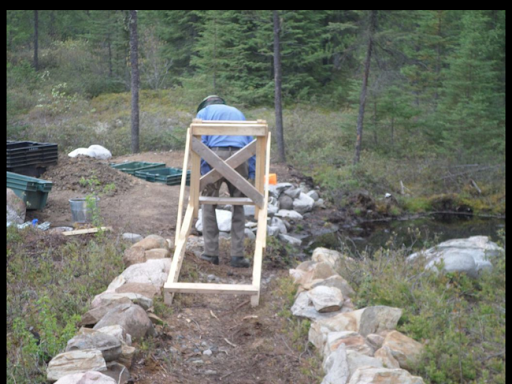 I pointed Grandpa to my rough lumber pile and told him he had carte blanche to do as he sees fit.  I have to admit, I was very impressed with the final result!  I didn’t see any part of the construction progress, he simply told me one day he thought it was ready to put into the pond if I wanted to help him move it in. 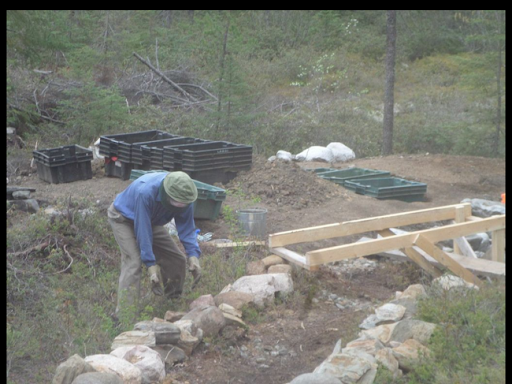 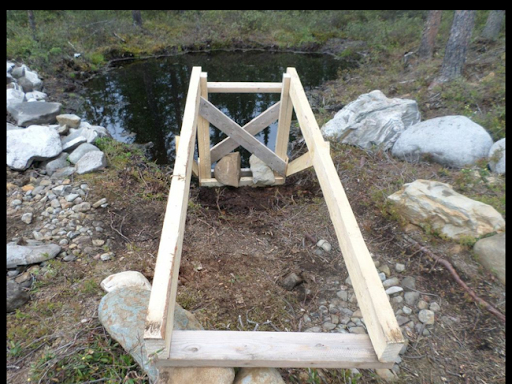 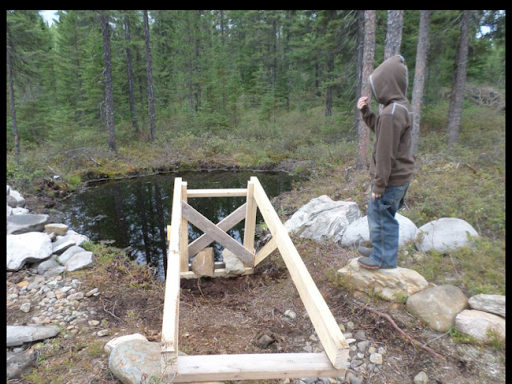 He built it into a sort of sideways “L” shape – with the lowest end weighted down by some large, heavy, flat rocks.  The opposite end was where it would rest on the shore.

His plan went off flawlessly.  We slide a long board into the corner of the dock, where it balanced perfectly.  This let us both advance on opposite sides of the pond until the dock was as far out as he desired.  We lowered it down, and I slid out the board. 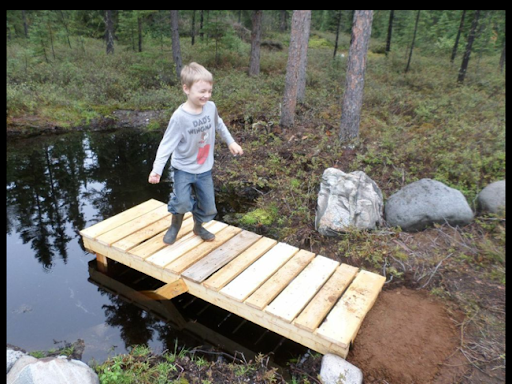 The dock felt stable, no rocking.  He then built up some rocks and soil at the shore side, and it looks and works great!  It actually makes me feel better about Kenny filling his bucket.  No more slippery rocks!

Another amazing gift from Grandpa!