As you may recall, the trailer tire had a tough winter.  It was flat, and split, and as it turns out, the bearings were completely shot in it.

I managed to remove the tire, and with Grandpa’s help, we eventually got the remains of the bearing off.

It took nearly two weeks for a replacement tire to be found and mounted on my rim, but this past week I was able to pick it up and begin the process of reinstalling it.

Grandpa suggested a fix that he has been using for many years – replacing bearings with wooden ones made of tree limbs.  He brought over a suitable diameter of birch, which I peeled and drilled a 1″ diameter hole through.

This fit nice and snug.  But of course, there was another issue – I could no longer find the washer that held the wheel on the axle! 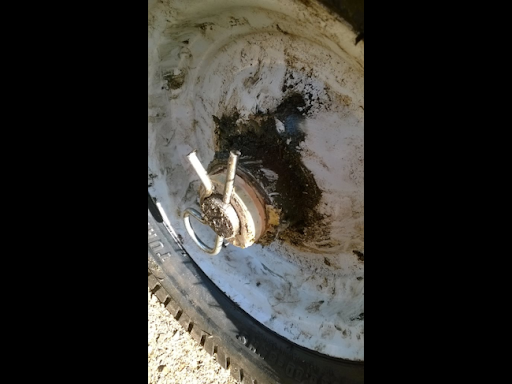 Once again, wood to the rescue.  A slightly larger disc of birch was pressed into service and so far is holding…  We’ll see how long it lasts under real use though. 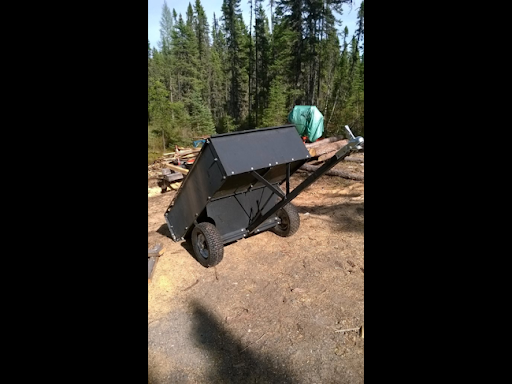 In the meantime, I was able to flip the trailer back onto its feet, and roll it to the top of my ramp down to the sawmill.  Soon I will load it up with slabs and get them under better cover.