With the melting of the snow everywhere, the packed trail between Mummu and Grandpa’s house and our cabin had become extremely treacherous.  In fact, my foot is STILL store from going down hard while carrying both water jugs.  Luckily Papa saw me coming and rushed out to help, with similar results.

Grandpa came to visit shortly afterwards and agreed that the pathway was no longer suitable for moving water back and forth.  Although the well was opened up, our water is not yet fit to drink.  I have ordered more filters for our Berkefeld filter, but in the meantime we are still relying on Mummu and Grandpa’s for our drinking water.

With that trail closed, I attempted to get down our laneway with the ATV, but rapidly became stuck.  Grandpa fetched his gravel shovel and managed to make a good showing in front of the cabin before he broke for lunch. 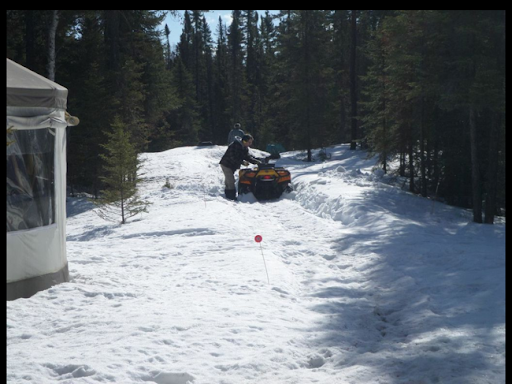 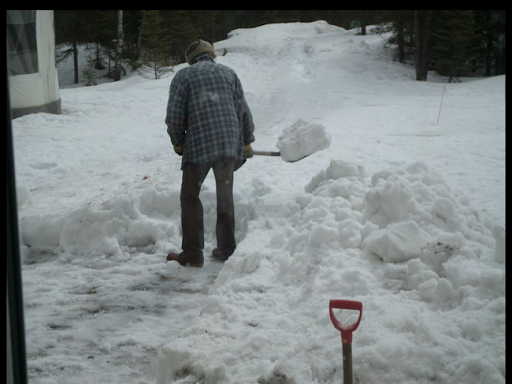 When he returned, I grabbed my similar shovel and began where the ATV had left off.  My path was a fair bit narrower, as I am lazy (or efficient?) and only shoveled exactly to the width of the ATV. 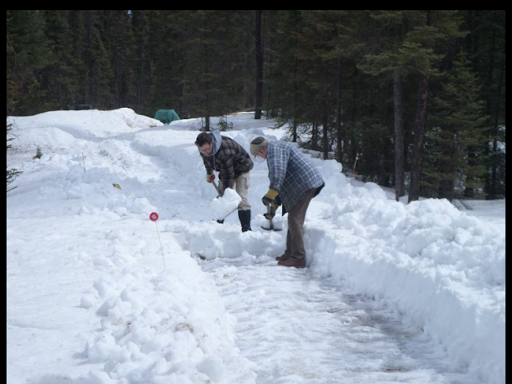 Once we reached one another, I climbed into the seat of the ATV and established that it was possible to get to the front door! 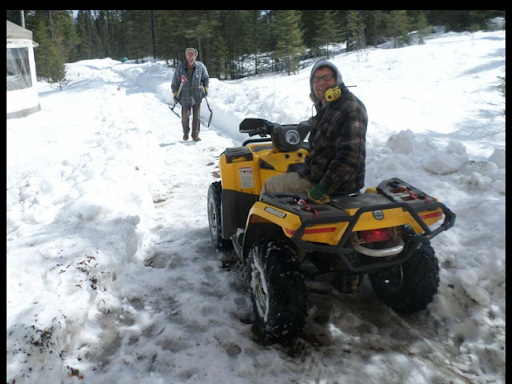 So, I loaded up the water jugs and drove to Mummu’s via the front driveway.  This worked well! 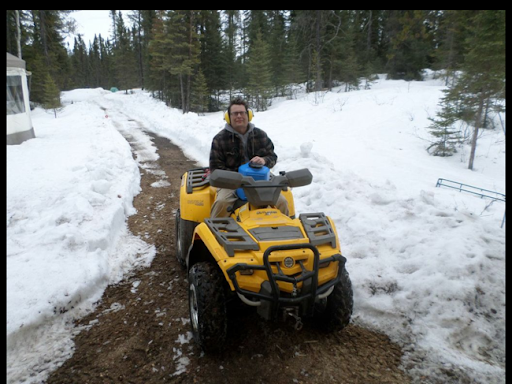 Subsequently, I have also used the ATV to help me move some insulation and lumber from the dojo tent to the yurts/cabin area.  Next year, I really hope to be able to keep our laneway open right from the road to the cabin.  The ATV plough should go a long way towards accomplishing this hope! 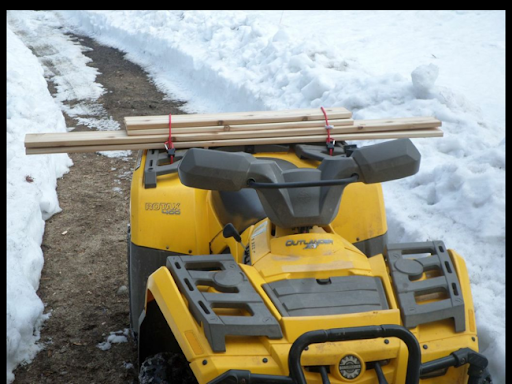 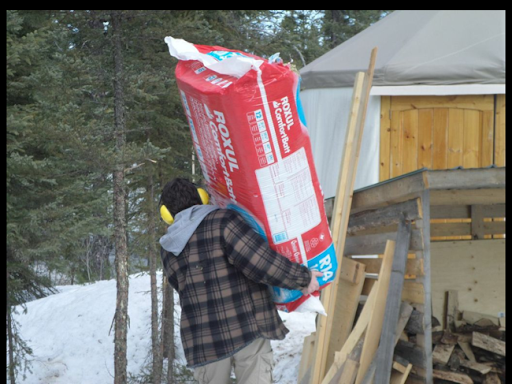 2 thoughts on “To Our Door Delivery Courtesy of the ATV”