The advent of some wonderfully sunny and warm weather got me once again excited about the prospect of having our water lines back in action.

I strapped on the snowshoes, and began digging down to the exposed water line at the sauna.  I had painted it a dark green last summer (to protect the pipe from UV, as well as to help disguise it in the underbrush).  With the amount of sun we were getting, I felt that exposing the pipe would help it to heat up to a far more beneficial degree than the snow was insulating it. 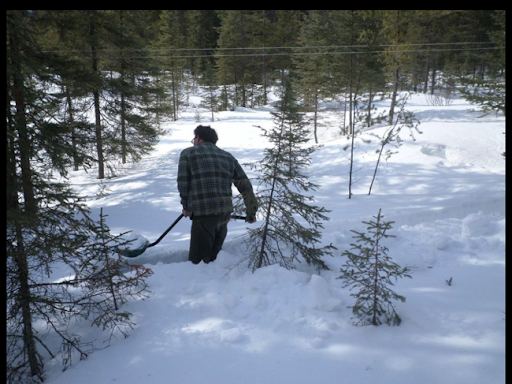 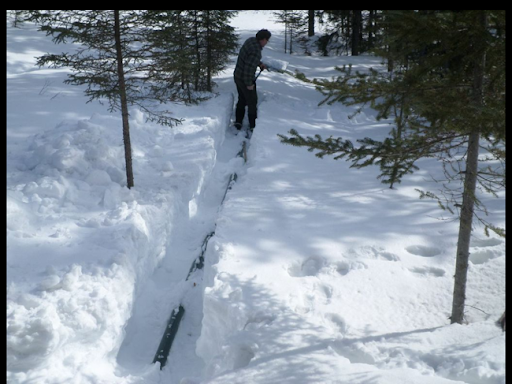 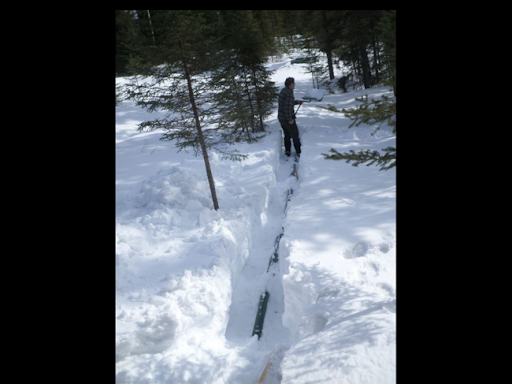 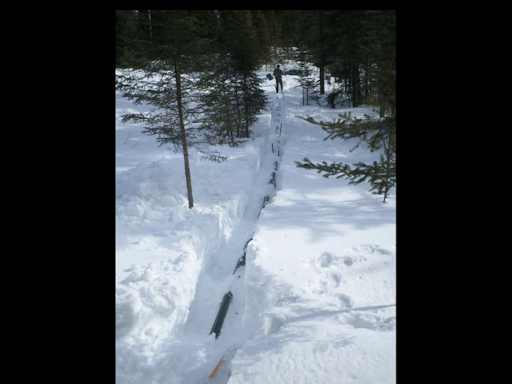 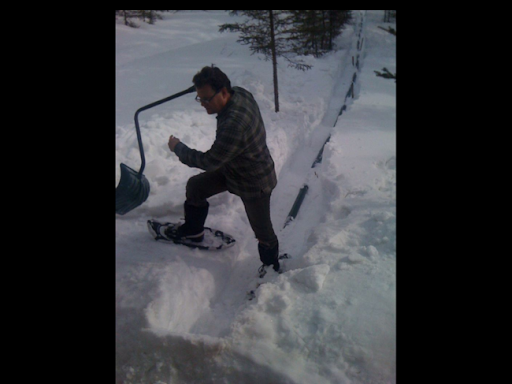 For the next few days after exposing it to a few hours of sunlight, I also turned on the heating cable down in the well and between the sauna and the cabin.  This appeared to not be helping with whatever blockage existed, as turning on the well pump still didn’t result in any water appearing in the sauna.

After Nana and Papa had returned home, Grandpa showed up to help me out with getting the water flowing again.  We opened up the well cover and were immediately struck by the amount of water sitting on top of the ice down there, as well as the obvious melting of the ice around my pipe.  Clearly the short heat line I had put down the well had been doing its job.  In fact, I would say that it exceeded my expectations! 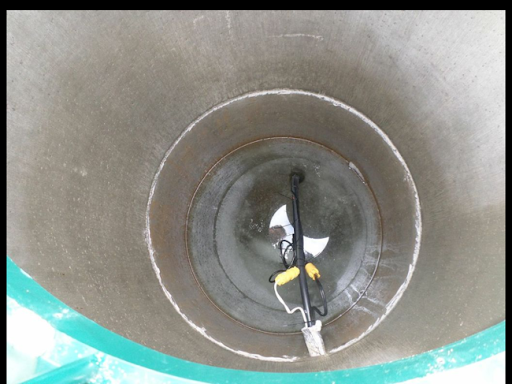 Turning the pump on and off showed that the surface of the well water wasn’t fluctuating much, indicating that perhaps the blockage was still close to the pump itself.

Assuming that the heat cable had kept liquid water in the first few feet of pipe, we got Donna to provide us with a number of containers of hot water which we poured on the pipe on both sides of the well casing (again, the place where the coldest temperatures and the least slope coincided). 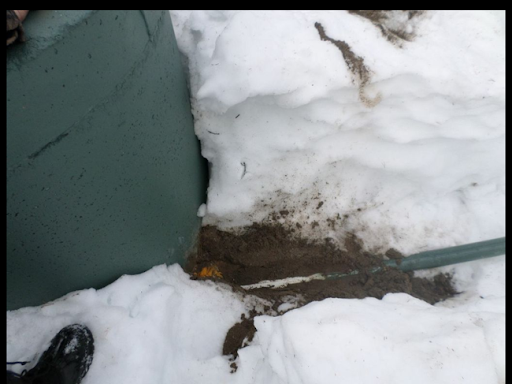 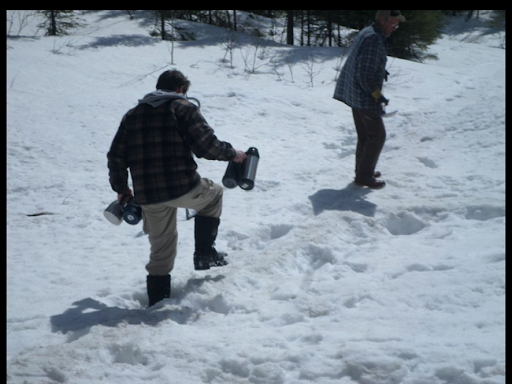 I don’t know if you can imagine my surprise when Donna turned on the pump again, and in a few moments reported that water was flowing into the sauna!  I have to confess to a fair amount of jealousy.  After a week or two of sitting in the sauna waiting for water to flow, I was put out that I wasn’t the first one to get to report the good news.

Water in the sauna was so exciting!  I was more than happy to schlep buckets from there to the cabin.  I returned to the cabin feeling satisfied with a days labour, but decided to push my luck, turning on the heat cable between the cabin and the sauna, and turning on the tap at the sink.  (Yes, I was also smart enough to remove the plug from the sink drain).

After about ten minutes sitting at the iPad, I realized I heard trickling water behind me!  There was a small stream of water flowing!  I called Kenny over to take a photo, and immediately texted Donna (who was warming the sauna) and instant messaged everyone who was online at that moment. 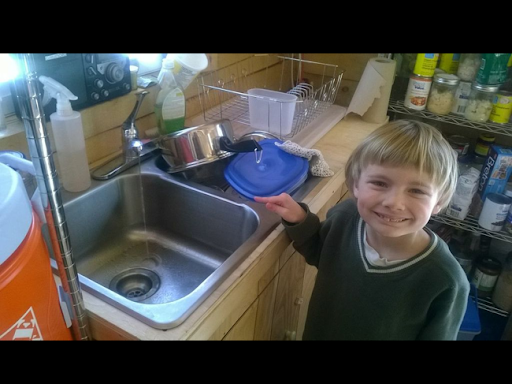 A quick post (that most of you have already seen) was warranted, it was such an exciting moment!

The water has continued to flow unimpeded here in the cabin, although very soon I will shut it off temporarily to install the bathroom faucet properly.  Heady and exciting times!