Donna, Kenny and Nana went to town together, leaving Papa and myself behind to try to accomplish as much as possible in the short time they were away.

After fellowshipping briefly and planning our respective tasks, methods and order of construction, we got down to business.

These upper walls were within an inch of exactly eight foot lengths.  This is something I was very pleased to discover, as in the other portions of the bedroom I was disappointed with how large of gaps had opened up in the v-joint over the course of the past winter.  With no joints, hopefully at least on the horizontal I wouldn’t see too many gaps.

Papa used my cordless circular saw to cut lengths, and then passed them to me on the loft.  I reached through the stud wall to fire my nailer back into the boards.  This was easier than I feared, but still a challenge at times. 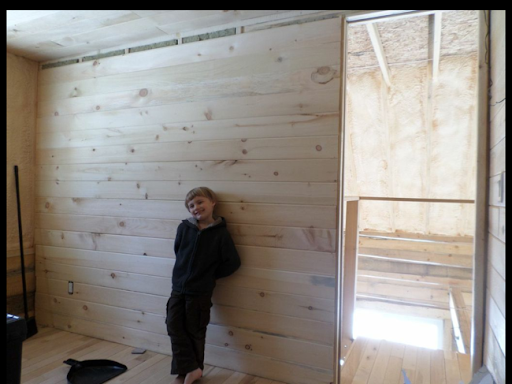 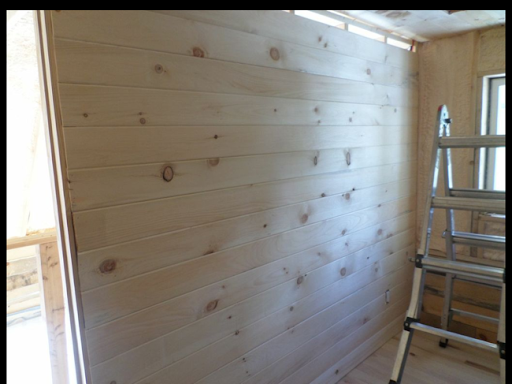 When I reached the top of the wall, I switched to the inside of the room and panelled it too.  We installed some Roxul (mineral wool) insulation into this wall to help reduce sound.  I plan on installing insulation into every wall, as well as the floor/ceiling of the loft mainly for this reason, although in the pantry, the insulation will hopefully allow us to keep the pantry at a cooler temperature than much of the rest of the cabin.  In fact, I would be quite happy to only heat the main open area of the cabin, and allow the other rooms to be significantly cooler, heated only by leaving their door open when required.

At the top of the wall, Papa ripped a board to size and we nailed it in place.  Papa was more surprised than I was that the difference in height was nearly an inch from one end to the other.

To finish the outside of the loft wall, I headed up into our attic space and reached down through the collar ties to get a decent angle for nailing.  This was also a challenge, but it worked out fine in the end. 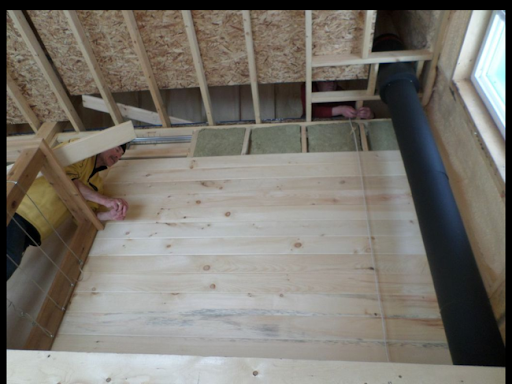 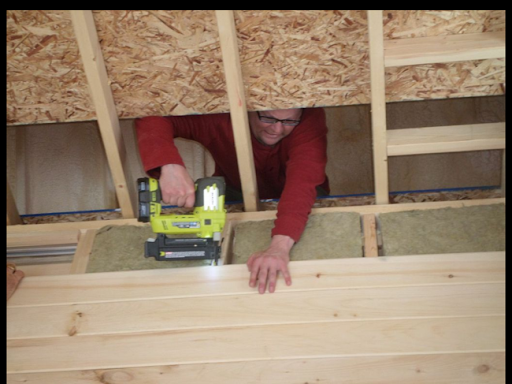 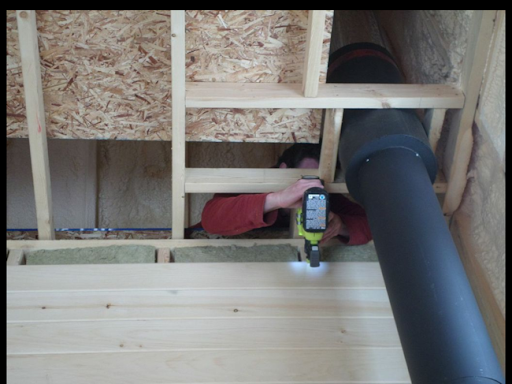 We were encouraged to finish the final boards by the arrival of Kenny and the ladies, and it has made a huge difference in the look and feel of the bedrooms and cabin in general.  The cabin doesn’t feel smaller for the newly enclosed loft, and in fact, it seems that things are brighter on both sides of the wall.

1 thought on “Bedrooms in the Loft”