With the arrival of Nana and Papa, I had a new vigour to accomplish different tasks aroud the homestead. This time coincided with me obtaining a bunch of new v-joint panelling, so Papa and I decided to try to finish at least one side of every wall remaining in the cabin, to finish defining the rooms.

To cut our teeth though, I suggested that we could straighten out the main floor bedroom wall.  This one had been built out of my own rough-cut two by fours, and while they had had some time to air dry, either the top plate curved after installation, or it went unnoticed when I built up the wall initially.

My plan, as approved by Papa, was to lever the wall straight, then drill out about 3/8″ holes in the top, and install lag bolts through these holes into the edge of the floor joist above.  As the loft settled, the bolts would be free to slide through my holes but the vertical shaft of the bolt would still hold the wall directly under the rafter.

First we levered the wall into position. 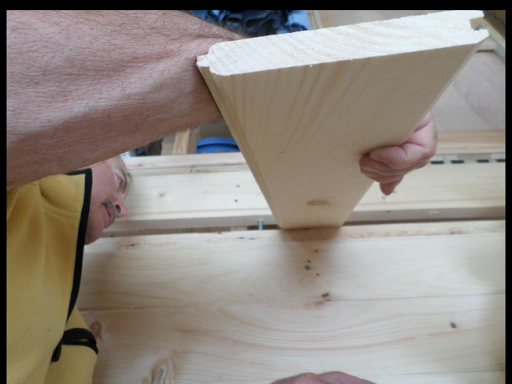 Then we drilled out and used the socket wrench to install the bolts.  (I believe the proper tag for the next two photos is “When you see it…”) 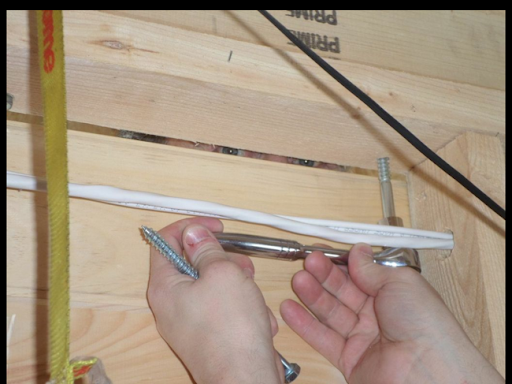 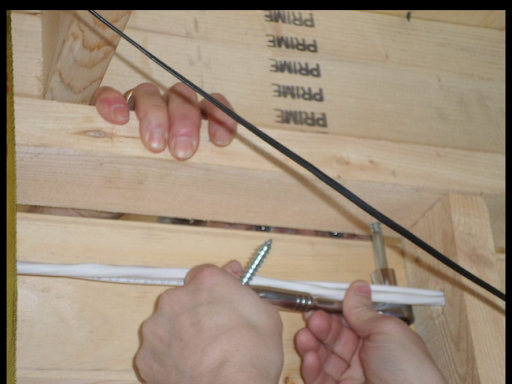 And hey voila!  A straight wall. 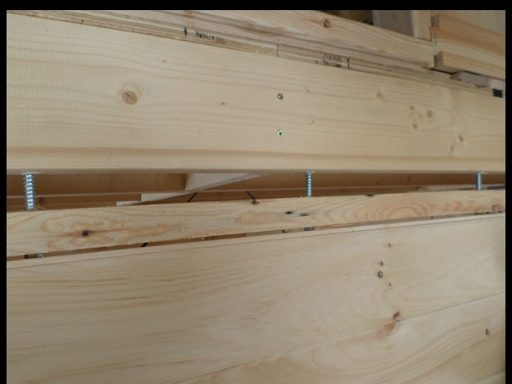 Already I think I can see the bolt heads are down a bit from the top plate of the wall, which would indicate that the loft has settled slightly in the past week.  Surprising to me, as I really haven’t noticed any settling throughout the entire winter.  Maybe things are going to move more quickly again now that warmer weather is here?  I am counting on everything being finished settling this fall…