Just before spring finally started to melt our snow, we had two really powerful dumps which put a strain on all our original rooflines.

The sauna I had already shovelled off once, and the dojo tent I had been half-heartedly poking from beneath all winter (the combination of snow and fabric was really quite heavy!) until I made one last concerted push from both inside and outside to clear it nearly completely of snow.

The yurts I had also pulled a bit of snow off of from time to time, but the junction between the two buildings was an area not easily accessible from the sides. 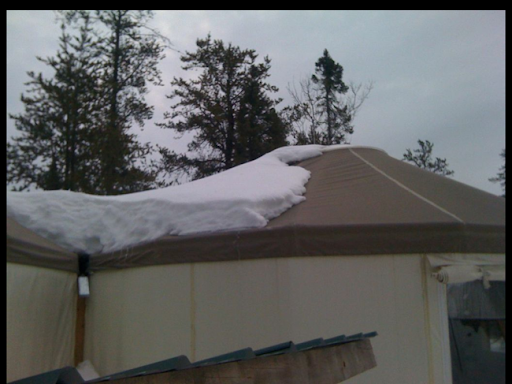 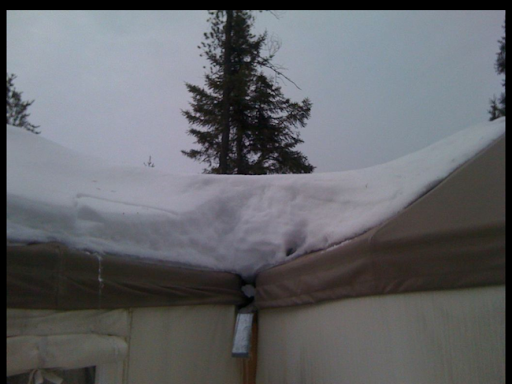 From the outside, Donna had noticed that the fabric was pulling in an odd way, and upon interior inspection, the weight was bowing the rafters noticably. 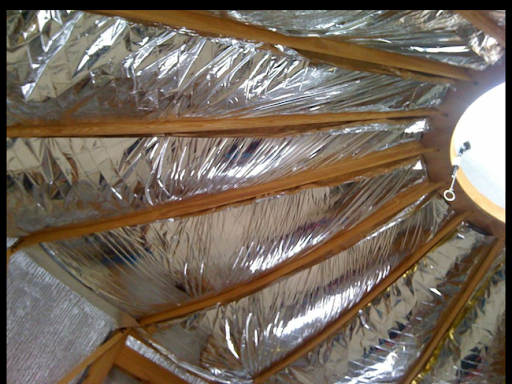 Fortunately, at this point the snow which had piled up on either side of the link was high enough for Donna and Kenny to stand on! 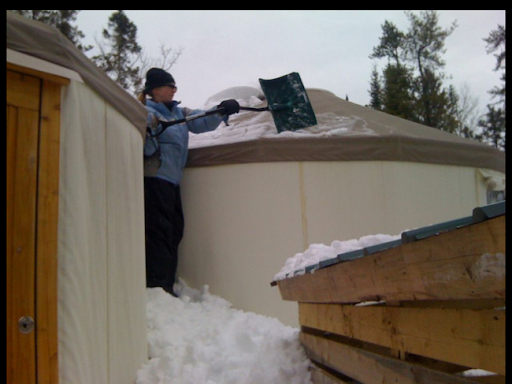 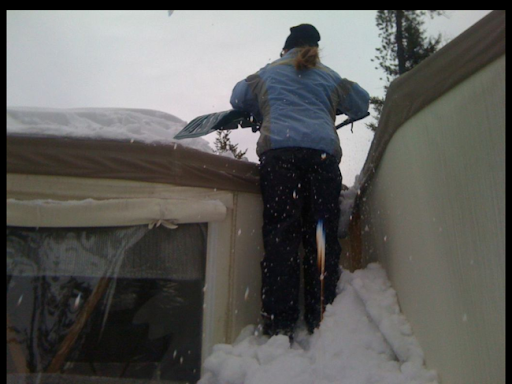 So, one day while I was away at my part-time job, I came home to find the yurts all cleared off, including this linkage!  Donna and Kenny had spent the better part of their day shovelling off the yurts, as well as cleaning up the driveway to ensure that I could get back! 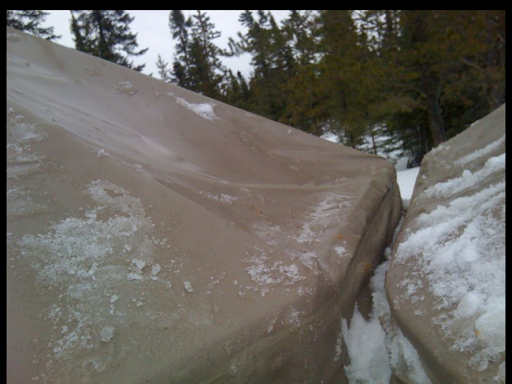 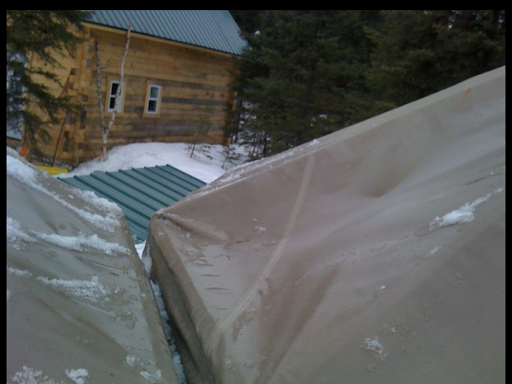 Helping one another out unexpectedly is an awesome feature of our small family – one that I’m sure goes a long way to promoting the huge love and respect we all hold for one another.