With the stairs in their final position and my parents less than a week from arrival, I knew it was time to try to address some of the kludges I had been living with that would be cause for concern.

One thing that was admittedly not up to anyone’s standards was the railing I had built for the landing.  It would likely have withstood one person falling against it hard, once, but that wasn’t going to cut the mustard any longer.  It was not enclosed beneath the rail, although Donna did keep blankets hung from it at all times to act as an extra visual cue that the area was a hazard.

The rail itself was uncomfortably low.  On the order of slightly less than three feet.  This is a fine height for a counter, but with an adult’s centre of gravity above that, it felt more like a pivot point than a safety rail.

With these posts leveled and installed, I then capped them with a cedar deck board to act as the official “railing”.  This process was a delight to smell.  Fresh cut cedar just has something about it.

The railing worked great.  It is actually notably higher than one would at first expect, but that seems to make it more comfortable to rest one’s elbows on it were one to engage in a lengthy survey of the domain below :).

Donna rightly pointed out that the rail sagged a fair bit when I rested my arms on the centre of the five foot span.  I plan on purchasing another deck board and mounting it directly under the railing at a right angle to support it more strongly.

This gave the landing a railing, but still didn’t address the issue of the area between the posts and under the rail, where someone (or something) could easily slide under and off the landing.  Especially at the new height. 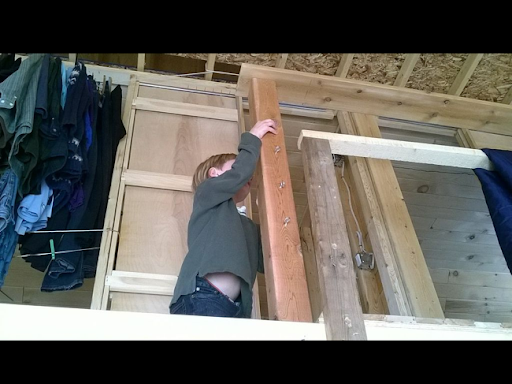 With a handful of eye hooks and a turnbuckle, I pressed Kenny into service mounting the hooks up and down the three posts.

Donna suggested starting up high enough that someone could still SIT on the landing, and dangle their feet off, if they wanted to.  We’ll see how often this happens, but in the meantime, the option exists. 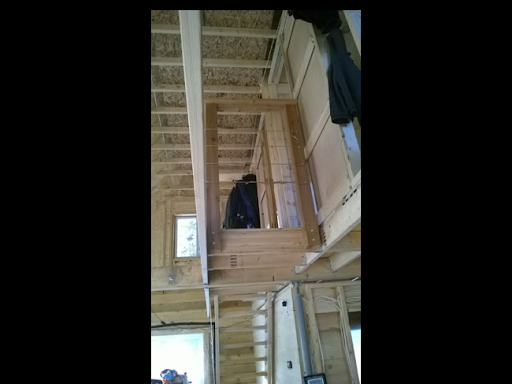 Four lines, spaced at 6″ intervals, worked out just about right. 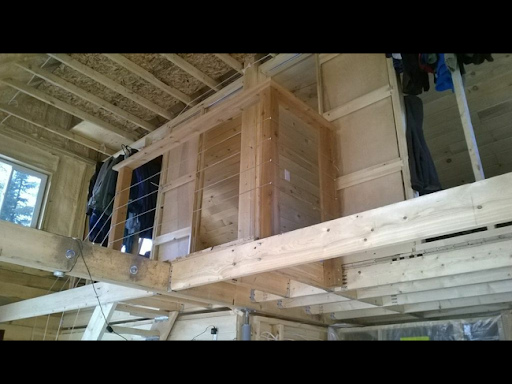 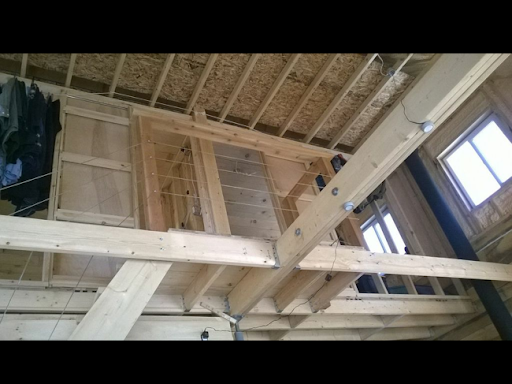 On the stair side of things, I fanned out the lines and then ran them down to a safe height at the main floor.  This allowed the cables to act as a safety support for people on the stairs.  I will see how this works in the long term, and decide if a railing is possible and/or required. 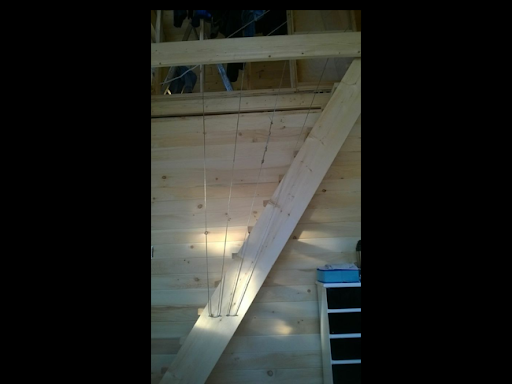 As much as I tried to tighten these lines, two of them are still a bit loose, so I will add in more turnbuckles on each line to be able to tighten it individually.  Otherwise, I feel it LOOKS and feels good, maybe even great.

1 thought on “Safening Up My Landing And Staircase”