As I get older, I find myself going through changes in just about every respect.  One of the least distressing is that my tastes are growing (slightly) broader.

I am now willing to eat poached eggs.

A couple of months ago Donna and I were at A and W early in the morning and through a misunderstanding, I wound up with two Bacon ‘ Egger sandwiches (oh!  300% of my daily fat!), both with poached, rather than my traditional scrambled, eggs.

Not wanting to cause too much trouble, I decided to just try scarfing them down – but instead, found that they were really okay.

I thought about that for awhile, and realized that this would make my breakfast ordering much easier.  But I never considered it a “home” option until a few nights later.

As I was asleep, I suddenly began to dream about cracking eggs into some of our smallest enameled metal dishes (or ramekins), and then putting THOSE into a larger saucepan filled with boiling water.

We toasted some english muffins, cooked eggs as per my dream, added some ham and cheese, and were in breakfast sandwich heaven! 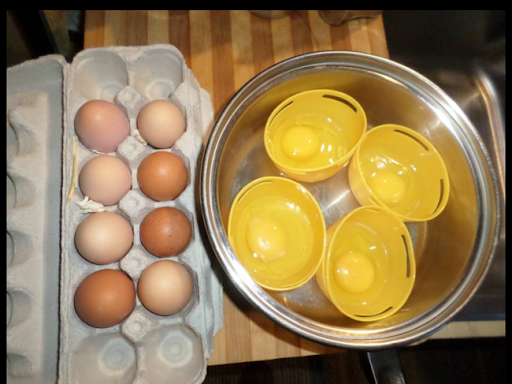 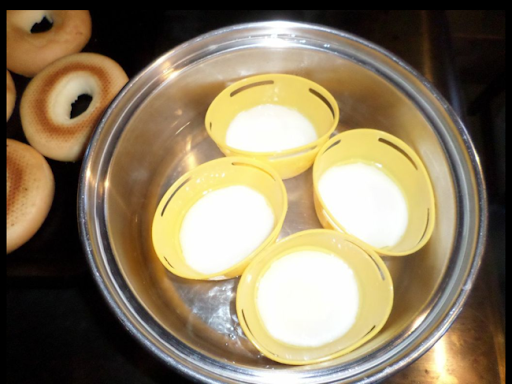 Over the weeks that have followed, we have experimented with slight variations on this theme.  I purchased some silicon egg poaching bowls from Dollarama and they seem to be the most useable.  The eggs tend to stick to everything we have used, even if we pre-treat it with a bit of oil.  But the bowls fit easily into the pot, and can be reused if we want to make multiple batches.  Just cracking the eggs directly into the water has been the least satisfying, but I suppose we’d be willing to try it again if we were presented with a method for keeping the egg all together. 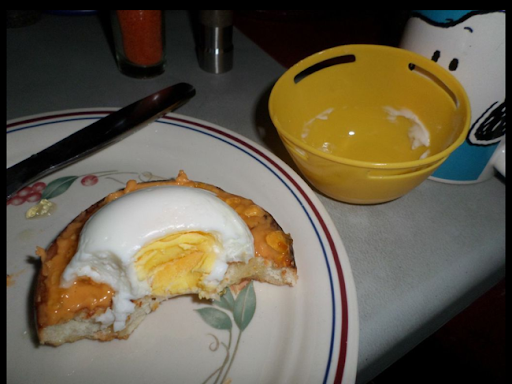 It’s been nice having them as a new alternative breakfast.  Kenny isn’t that much into them.  He still infinitely favours his oatmeal.