In case any of you missed out, we recently got hit by a combination of the famous Alberta Clipper, as it clashed with a Texas Low.

This resulted in a day of continuous snowfall.  Luckily, it coincided with the Olympic Hockey semi-final of Canada vs. the U.S.A. 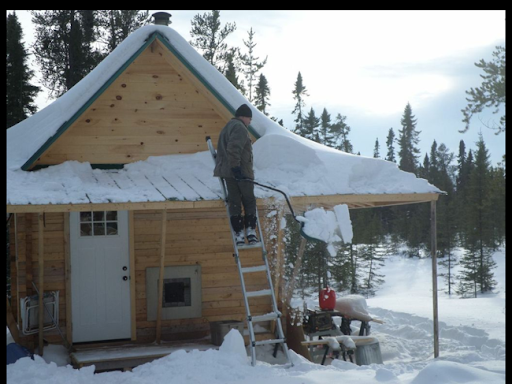 In any case, it left a huge pile of snow that took loads of work to make a passable path down our laneway.  Thank goodness for the ATV though – it was so much easier to plough with it, and I believe it even is able to push snow further and higher than the tractor.  A grader blade just isn’t that good for snow, especially when you have to drag it behind you, rather than pushing in front.

The other place it left snow that was harder to deal with was on my bush trails.  I can’t get the ATV onto them with the blade, even at the best of times, so I have been packing them down with snowshoes, leaving them a few days, and then trying them with the ATV.  This process has been working well so far, but it was disheartening to imagine the amount of wading I would have to do to recreate my trails after the latest dumping. 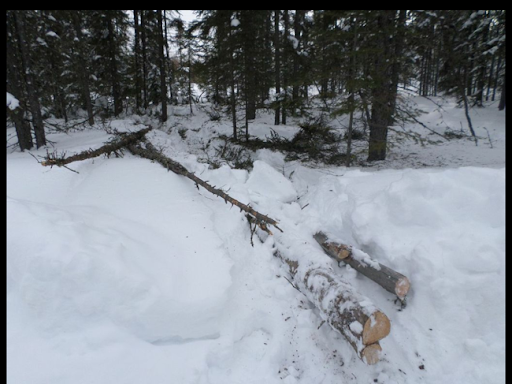 Grandpa and I had dumped a few dead, dry trees at the front of our property, in the small boggy area between our two driveways.  We hauled them to the edge of our laneway, and then I thought I’d try to drag them to my woodsheds.

Luckily I decided to do a dry run on the ATV first. 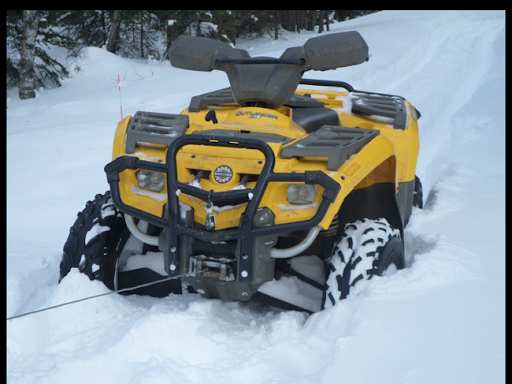 It wasn’t so successful. 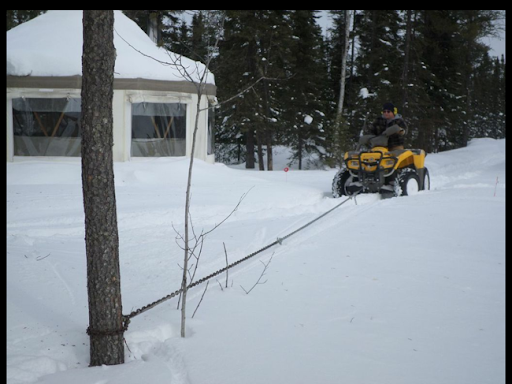 Donna helped me to push, pull and winch out the ATV, and then she tramped the trail a bit more with her snowshoes after I managed to get the ATV back to the dojo tent.