As the skies of November continued to turn gloomy, I more and more realized that I needed to find a way to expand my ability to produce solar electricity.  My three 95 watt panels with a mid-range PWM controller were likely putting out a maximum of about 210 watts when in full sunlight.

Full sunlight on these panels no longer was happening anyway, as the sun had fallen below the treeline for the location they were mounted.

At first I had planned on relocating them to the roof of the cabin.  But then I decided to use the move as an excuse to update.  I purchased a new, MPPT controller and three 230 watt panels.

My quick version of the difference in controllers is this: PWM works by taking the voltage coming off of my solar panels, analysing the battery condition, and then clipping the excess voltage off and discarding it and only letting in appropriate voltage to properly charge the batteries.

This is ok, and will help your batteries to last long and get a decent charge, as long as you get a regular supply of sunlight to charge them.

MPPT, on the other hand, converts the excess voltage to extra amperage, so you do not lose that power.  This has two big benefits for me specifically.

The first benefit is that you can have a fair difference in voltage of panels and voltage of batteries.  Normally for a 12 volt battery bank, you would have 12 volt (really more like 18 volt) solar panels to charge them.  With an MPPT controller like mine, I can approach 150 volts on the input side, and it will automatically bring it down to an appropriate voltage with much higher amps.

The other advantage for me is related to this – as we get extremely cold weather at times, this actually improves the efficiency of my solar panels, and I can acheive more than 100% of their rated output.  This excess power on very cold days again does not get discarded, but is also put into the battery bank as increased amps.

More on my battery bank at the end of this post.

I spent many hours pondering how to attach the solar panels to the roof.  There are some very expensive solutions available!  They were certainly beyond my budget and desires.

At first, I had obtained some retired vertical blind track, and was thinking of screwing it down and then inserting some bolts and washers with the thread facing up to mount the panels.

Unfortunately, appropriately sized hardware was not to be found.  On top of this, the aluminum track seemed to be rather flimsy when I considered the value of the load it would have to support.

At last I discovered the concept of C channel, or strut from an electrical supply company.  Combined with spring loaded nuts to fit in the channel, it worked perfectly! 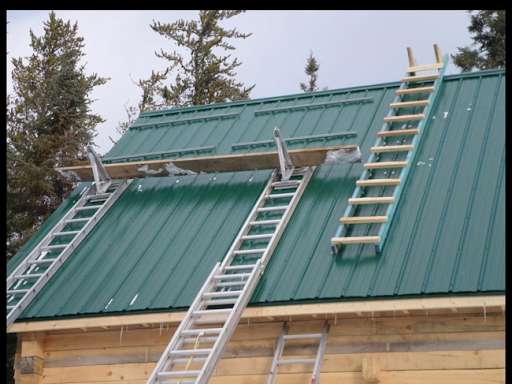 The panels were pretty much exactly the length of one strut when assembled side by side by side, so I had K! and R! cut the struts in half and space them apart a short distance.  This meant that my centre panel straddled two struts.  They assured me that they had lag-bolted the struts to my rafters, and they were very, very solid.  We have stood up to some very high winds already, so I have to say I am pleased. 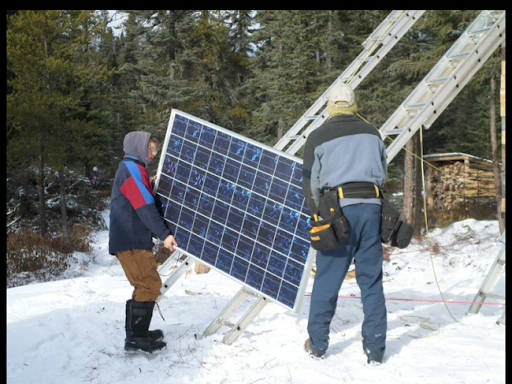 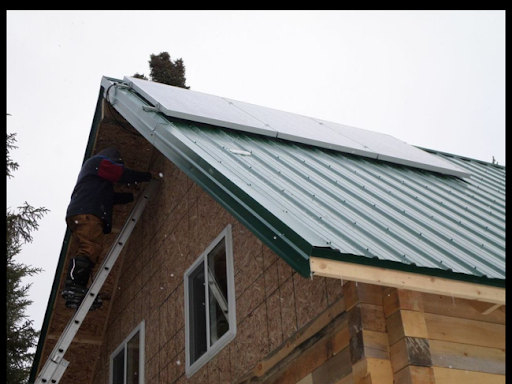 After a quick trip to Maier Hardware to grab some longer bolts, they were able to pop up the panels by mid-afternoon.  Feeding the wires into the cabin, I created my own terminal blocks up in the rafters and joined everything together. 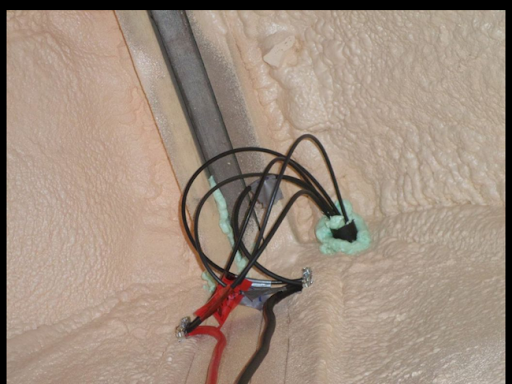 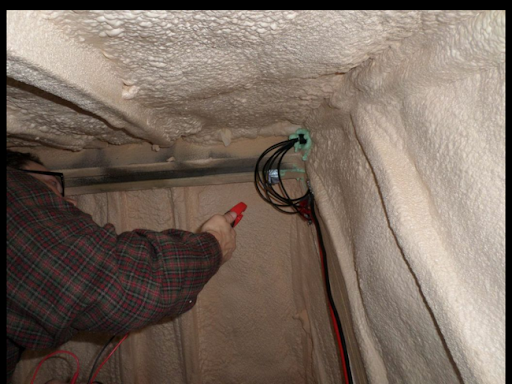 I triple checked to ensure proper polarity, and then threw the breaker. 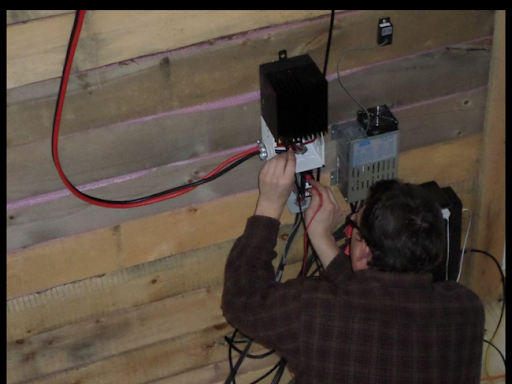 A little bit of juice went into the batteries, and then the sun set. 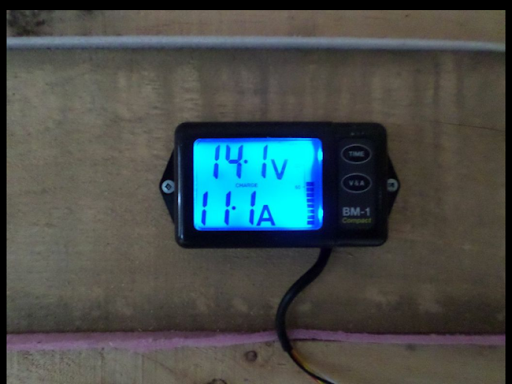 The next day more juice went in, and I was pleased.

Then we had about ten days of no sun at all, and I was frustrated.

The past three days have been extremely sunny, and I could see the batteries taking in tonnes of amps the first day.  Then half that amount the second day, and then half that amount again the third day…  Which was yesterday.  Imagine my surprise and annoyance when the sun set, the fridge came on, and after about fifteen minutes of the fridge load, my batteries had depleted about 30-40% already!  They were fully charged (well, hopefully on the verge of going to float) only moments before.

It’s a very discouraging thought to consider that I may have to replace my batteries sooner rather than later.  The budget for the homestead is already becoming an issue, and this isn’t helping!

Well, we’ll just have to see.  I’m still crunching the numbers to better determine the economics of batteries.  I’m sure they would be fine for awhile yet if only they weren’t in such a cold environment.  Next year I plan on relocating the battery bank up onto my deck, and then insulating and covering it to an even greater degree.  That should hopefully help somewhat.

In the meantime, I will try to take pleasure in the awesome potential and look of these new panels! 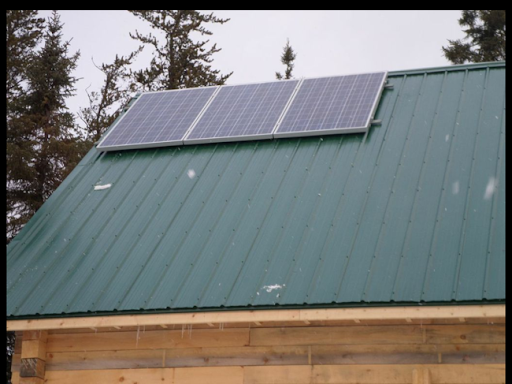