Once again, these posts are a little bit delayed between things actually happening and the posts going up.  It certainly isn’t as severe as the last few posts though…  These events are all less than a week old.  It’s just that this has been a difficult time for us on the homestead.  There have been ups and downs as far as the logistics of the homestead itself goes, but I also just learned a few days ago that my Grandfather has been diagnosed with a terminal illness.

I have been extremely conflicted about this situation.  It is hard to imagine a more difficult choice to make as far as to try to arrange a short-notice flight down to see him one final time, or to remain here with my family and maintain the gains we have made.

I know that Grandpa Ken (yes, Kenny was named for his great-Grandpa) is surrounded by many, many friends and family and is well loved and cared for there.  That certainly helps.

Here, with the last of the contractors finishing the cabin, the temperatures dropping to ten and twenty below, and our water lines (both in and out) having frozen up in the past two days, I really feel it would be a difficult hardship to impose on my family here.

I called my Grandpa and spoke to my Grandma (he was sleeping) and let her know that we were thinking of them.  It was probably more comforting to me than her, but it felt good to be sure that she knew we were praying for them.

Here on the homestead, with the cabin roof structurally complete and the ice and water shield installed, it was time for the insulation to be installed.

As per every recommendation a rational person could find, we opted to go with spray-foam.  It provides a very compelling R-value, as well as structural attributes that are hard to beat. 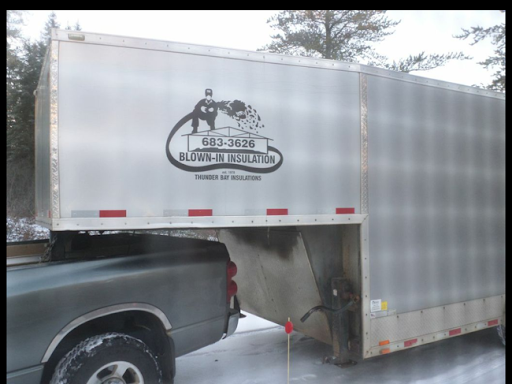 The fellows showed up that morning with a huge trailer and their own, impressive generator.  I jokingly suggested that I could mooch some electricity from them and they surprisingly agreed right away.  I thought my 4000 watt generator was pretty peppy…  They had a 40,000 watt diesel in the back of the trailer!

I did feel a little special though when they pointed out that it would take them two days to install the foam, and that their generator needed to be warmed up before it would start on day two.  They actually needed me to run my generator the next day to warm up THEIR generator before they could continue the job.

After carefully covering and masking any areas that I didn’t want overspray foam on, they set to work in full body coveralls and breathing masks.  The gasses during installation are not that healthy to breathe directly, but after only a few hours it is perfectly acceptable.  I found that after only a few hours I couldn’t notice an odour, and certainly after a day it was innocuous.

Contrary to their first assumptions, they were able to complete the job in a single day.  They normally have to give the foam time to cool off and cure between four inch coatings.  The day they installed was pretty cold though (twenty below or so), and the foam on one side of the cabin had cooled sufficiently by the time they finished the other side, so they were able to return to their first work and build it up to a good depth. 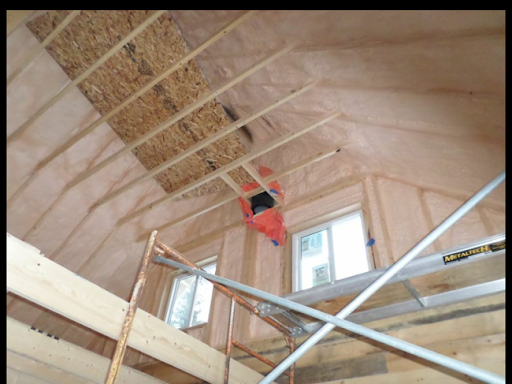 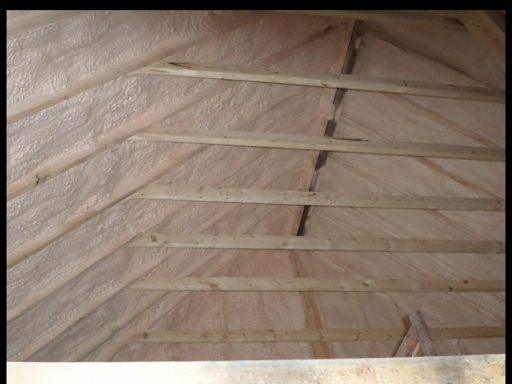 I apologize that we didn’t have any “in-progress” photos, but one could hardly expect my staff photographer and ouchie-kisser Donna to risk life and limb going into the cabin while it was being sprayed. 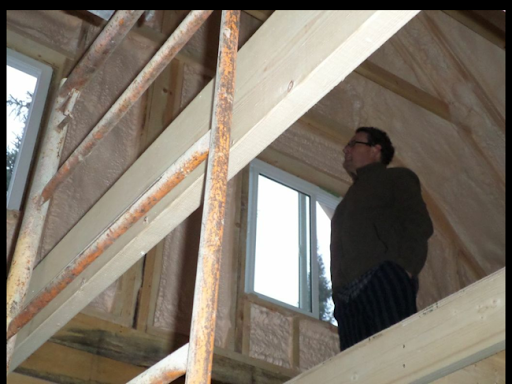 I did do a careful inspection after they had left, and am very happy and hopeful for its ability to keep us warm in the years and decades to come.