Where our pond had been dredged this past summer, a large pile of rich, dark soil had appeared on the shore.

Grandpa took it upon himself to turn over this pile a number of times, spreading it wider, and pulling out all the rocks and stones that appeared.  He used these to line a pathway down to the pond and what he now declared to be “Kenny’s Garden”.

As fall approached, Grandpa mounded this soil into eight deep rows.  He then pointed out that it could probably still do with a bit of amending.  We both were a little interested in seeing just how the humanure piles had come along.

The first piles I had created had lay fallow for over a year now, so we decided that they were safe to bring up to spread on a garden that would not be pressed into service until after the winter had passed. 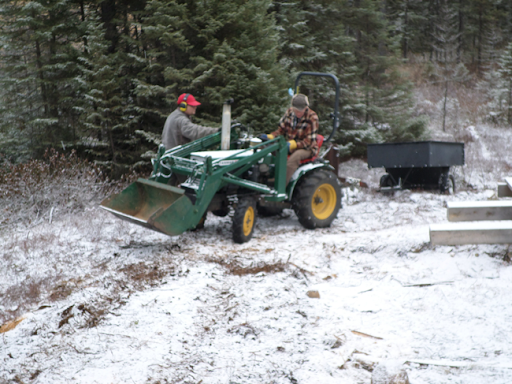 Driving the tractor down my sawdust and gravel ramp by the sawmill to the old humanure piles was an adventure in itself.  One that I am not enthused about repeating any time soon.  Maybe with the addition of more gravel to make it a bit more solid.

In any case, with the tractor and trailer positioned close to my original piles, I was able to get in with a wheelbarrow and shovel and start filling the trailer. 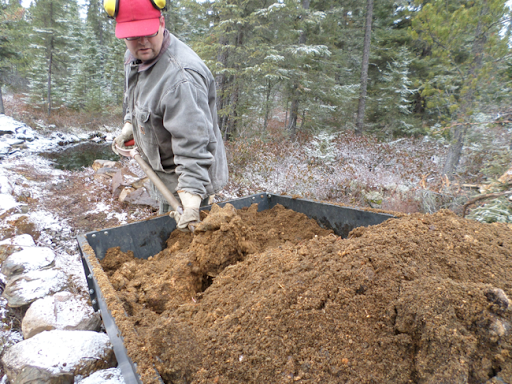 The humanure piles were in much better condition than I expected.  That is to say, there was very little identifiable material in them.  One was a single “wet-wipe” that must have accidentally found its way into the thunder box or Tardis.  It was completely unaltered by the time it had spent percolating.  A fair warning to people that flush those things.  We have subsequently turned to making our own degradable wipes from baby wash, baby oil, and thick paper towels.

Corn cobs, (not kernels!), eggshells, and avocado skins were the only other items that I could pick out while transferring the heap.  Otherwise, not a turd in sight!  (Or smell, thankfully).

In fact, aside from pockets of pure sawdust, which I never expected to compost quickly, the rest of the heap was a uniform yellow/brown colour, very similar to other composted materials one would expect to purchase. 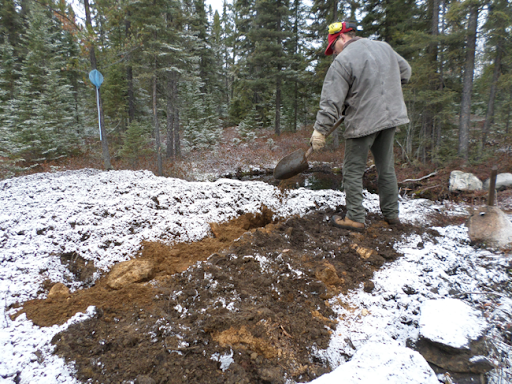 Two trips polished off the previous summer and fall’s supply of humanure, and I deposited it into the furroughs Grandpa had created.  As each trench filled, I used the neighbouring peak to cover it, until the garden was returned to a (mostly) flat surface.  I grabbed the gravel rake and passed back and forth a few times until everything looked fertile, and then sat back to imagine all the goodies that this may grow for us in the future.  It will be very interesting to see just how well things will grow in this unusual mix of soil here in the boreal forest! 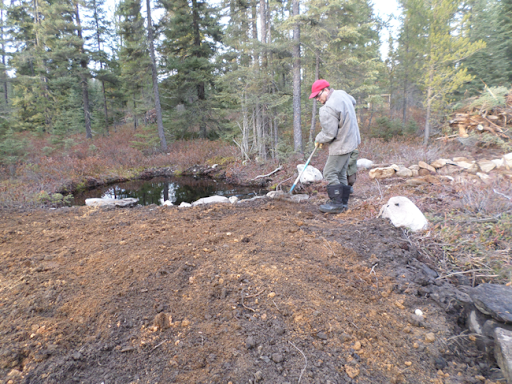