With the revised idea of actually attaching the loft to the laminated beam, we were able to move forward with constructing it and not have to worry about what would happen as the cabin settled. 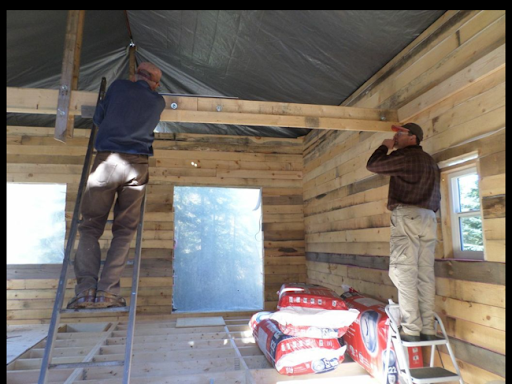 Grandpa continued to be full of great ideas – starting with attaching a board along the beam to hold our floor joists temporarily until we could screw them into position. 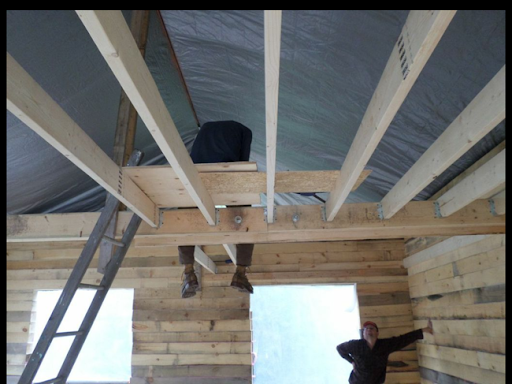 He then continued in the vein of doing all the work, while I do all the watching and talking.  Luckily Donna’s photographs capture these moments accurately. 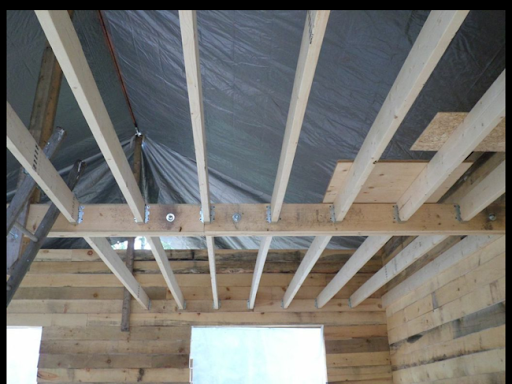 This went very quickly, and I was able to move into building the “landing” just off of the loft, where people would stand at the top of the stairs before deciding which of the two rooms they would enter.

At first I had though of building this landing just in place, with the beam as the central support, and then some sort of “suspension” to hang the outside corners of the landing in place.  I was at first thinking of using some threaded rod or pipe which would be suspended from the collar ties of the ceiling. 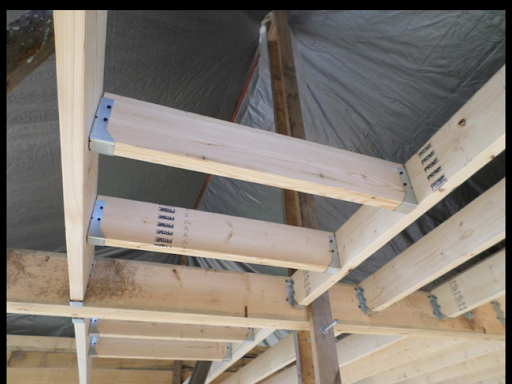 Instead, I then opted to install two two-by-eight inch beams about thirty-two inches out from the loft, and then put in a few floor joists between them to act as the landing.  This made the landing about five or six feet wide, and over thirty inches deep. 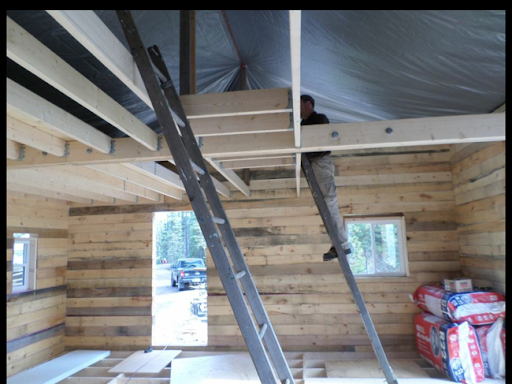 The stovepipe would pass between the loft and the landing’s two-by-eight at one end of the cabin, and the stairway would go up to the loft at the other end. 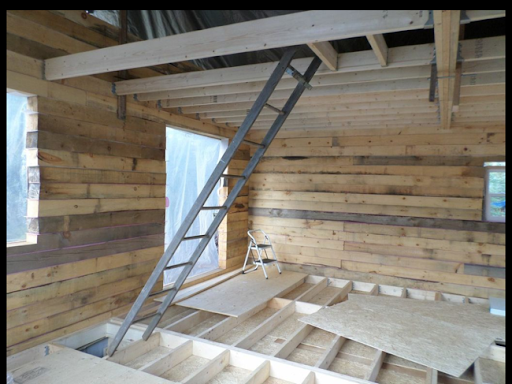 It didn’t take long to get the plywood up and onto the loft floor.  I opted to screw it in place in this case, as I felt I could acceptably insulate (for sound) from below. 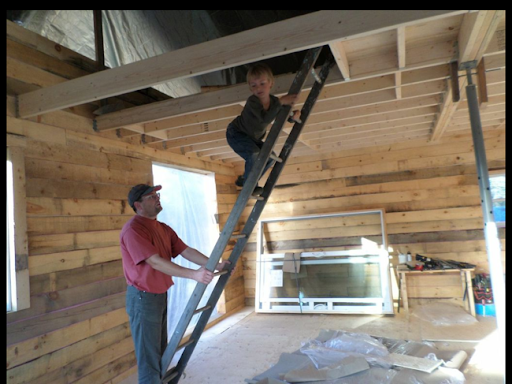 With the ladder in place and almost exactly the correct length for a stairwell, we tested the angle for comfort.  I was almost half disappointed that it wasn’t steeper, and that we can likely use a standard (albiet steep) layout for the stairs, instead of the more unique “paddle” stairs.

It was really exciting to get up onto the loft and feel how roomy it was, as well as to be able to look over the top of the cabin walls and get a whole new perspective on our living zone.