With the doors and windows in place in the sauna, enclosing the area around where the front of the stove passed through the wall was the next big operation to have it habitable. 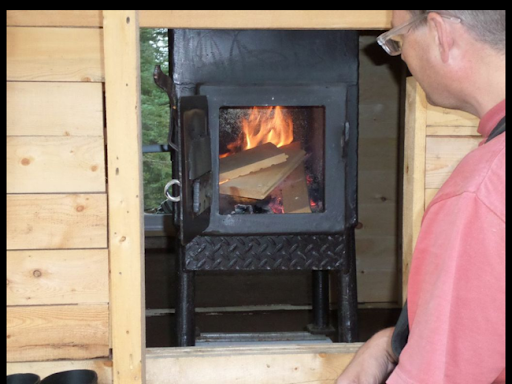 Although the bugs had greatly, greatly diminished after another uncommonly buggy summer, they were still there, and we didn’t want them to have free run of the sauna, especially with guests spending the night.

Grandpa’s saunas both used a straightforward piece of sheet metal to bridge the gap between the front of his stoves and the surrounding walls.  Part of me really liked this idea – it was simple, looked good, and was non-flammable.  It also offered very, very little insulation, and I wanted – no, needed the sauna to have some decent insulating qualities as well. 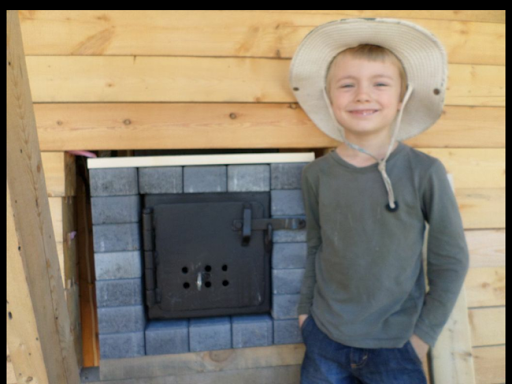 I opted for something with a bit of thermal mass.  Small bricks.  Kenny helped me to do a dry fit, and they went in the space rather well! 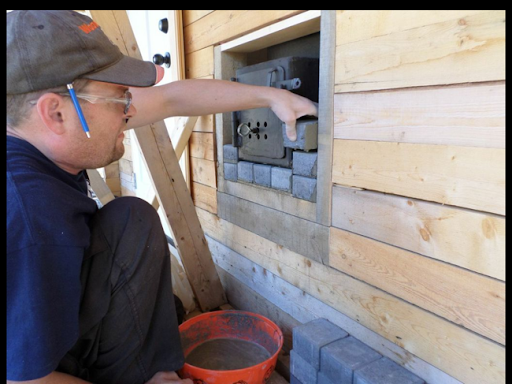 With a small amount of spare mortar in hand, I bricked up the area and was rather proud of myself. 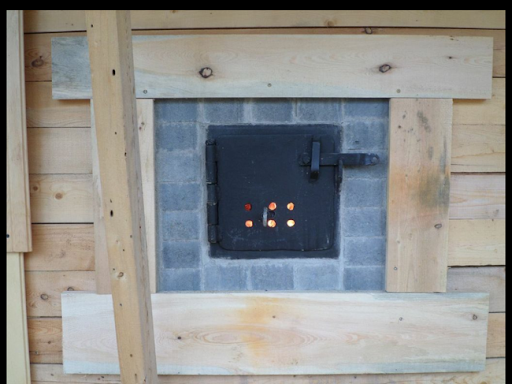 Some nice wood trim, and we were all set! 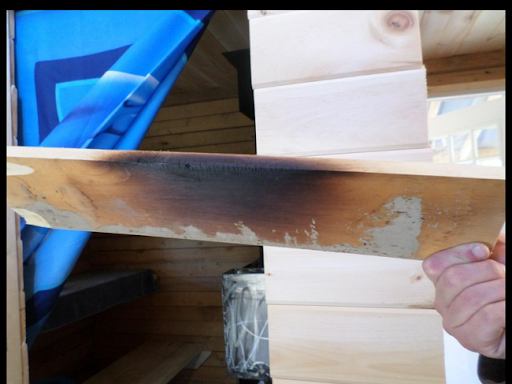 Of course, after one or two firings, I got in for a closer look and found that the temperature just above the brick and on the inside was still bumping against 250 degrees.  This is enough to be a concern, and obviously it was an issue. 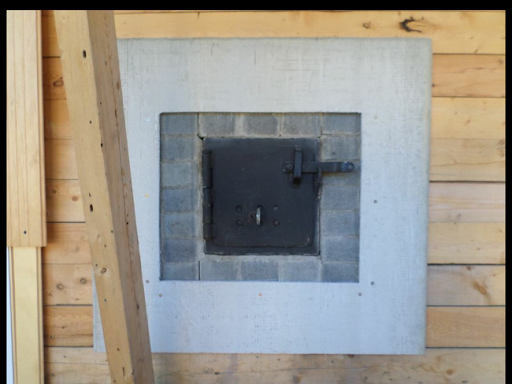 I removed all my wood trim.  Left a decent sized air space above the brick before my log wall began, and then replaced it with “trim” I cut from a sheet of concrete board.  I believe it still looks good – and it should not be so susceptible to the heat. 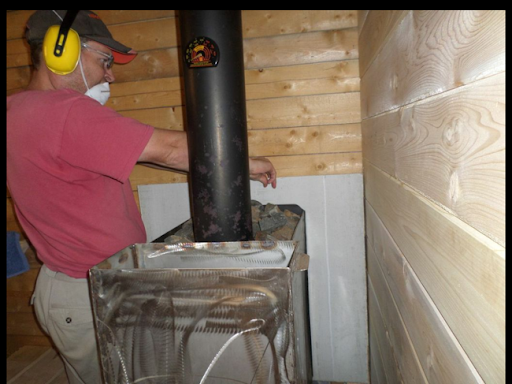 After a few more firings, my mortar proved to be cracking in many places.  I took some clear, high temperature silicone and ran a bead over my joints in the brick.  This too has subsequently cracked in the area over the stove (a very vivid illustration of how heat loves to rise).  At this point, I am happy to leave the brick in place in a very tight, dry fit.  It is secured inside and out by the concrete board.

In hindsight, I would use the silicone instead of mortar, to create what for the most part would look like a dry fit of the bricks.  The concrete board would hold the bricks in place and the silicone, even as it breaks down, would still form a seal against air leakage.

But for the most part, the sauna was finished enough to be useable for the foreseeable future!