Nana and Papa still had another day and a bit after the walls were complete, so we rushed to enclose the space so that work could continue in their absence. 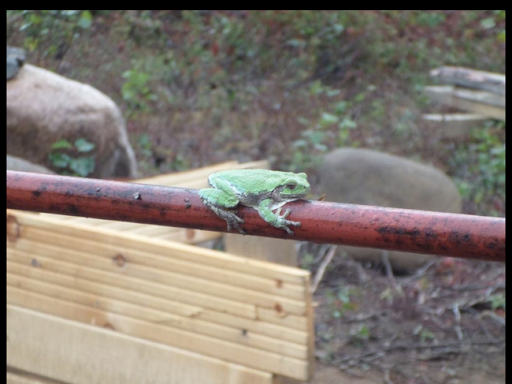 Grandpa had the original tie rod from his house, which had served a similar purpose to the laminated beam we had made up for our house.  As we were transporting it from his place to ours, we noted a hitchhiker that explained why it felt so heavy!

With a long connector nut, we were able to extend his rod with some threaded rod of our own, and make it bridge the distance between the two walls.

I put up two notched two by fours, about five or six feet above the tops of the walls.  We then worked to get the tie rod up and into these notches.  This part of the whole construction was to me, the most nerve-wracking.  There was little support around the tops of the two by fours, and we were now at the height limit of most of our ladders.  Not to mention that the rod seemed to grow heavier each foot higher we climbed. 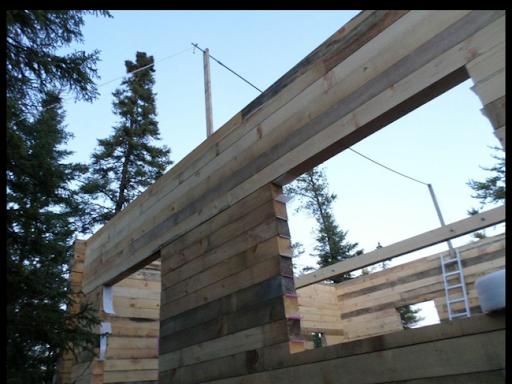 Thankfully, no one was injured and we got the rod in place.  We attached support lines to the ends of it and tied them to nearby trees and blocks.

That was enough, and we took part in yet another campfire.  Thanks to Aunt V!, we had decided to invest in a small campfire bowl, and it proved to be one of Kenny’s favourite activities to have a campfire and roast marshmallows  (Although it seems he likes to roast them for others – he likes his best when they are just straight from the bag).  This also proved to be the time where Kenny learned to start fires on his own. He is a bit shy about matches, but is comfortable lighting the campfire with a stick type lighter.  And yes, we are all very careful to explain to him that he is not allowed to play with the lighters, or light fires, without our supervision. 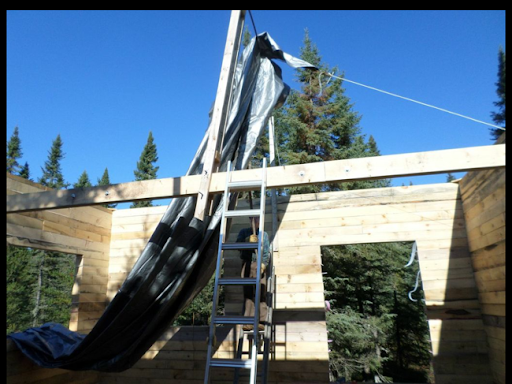 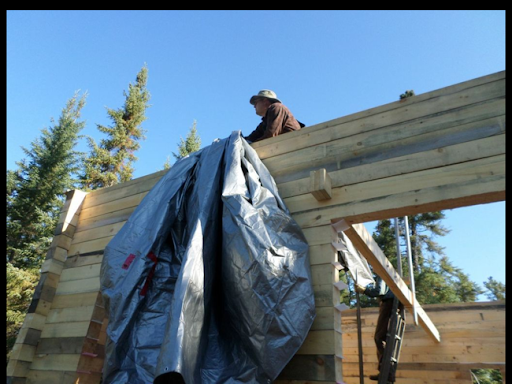 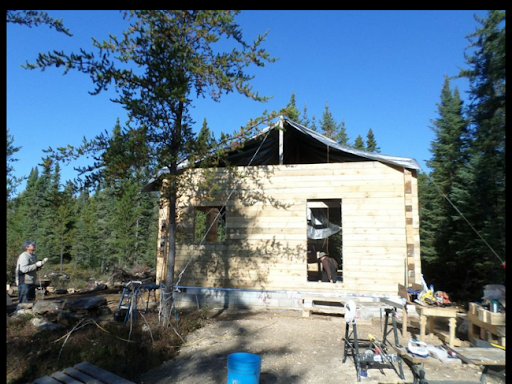 The next morning we unpacked the giant tarp that Donna had sagely supplied.  It took a fair bit of coaxing to get it up and over the first wall, then over the rod, and eventually down the far wall. 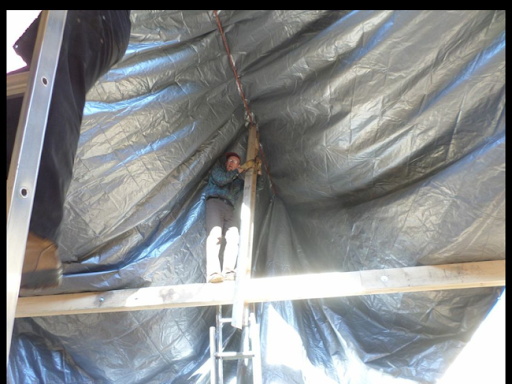 Grandpa, as he often does (I suspect he enjoys it), did a great high wire act that thrilled and terrified us all. 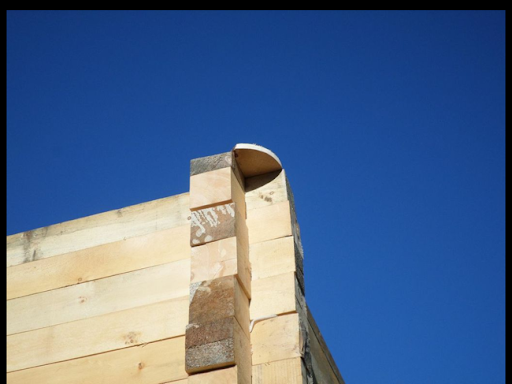 In the corners, Papa had the great foresight to install temporary, rounded boards to prevent the tarp from tearing too much.  As it turns out, the tarp has torn at the tops of all the two by fours supporting the tarp, as well as a little bit in some of the corners.  It still has been shedding the rain (and lately snow) pretty well though, with only a few leaks here and there. 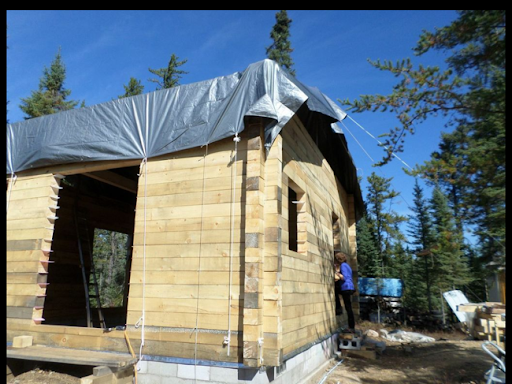 Using what I believe to be a trucker’s hitch, I have fastened down the edges of the tarp all around the cabin as tight as possible, and occasionally even try to retighten them to keep it as taut as possible.

As far as this portion of construction goes, I have called in a local professional to finish putting on the roof.  I have neither the stomach for the heights involved, nor the skills or time to complete it before we really would like to be inside.  I have volunteered to help out if there is anything I can do though.  And he has graciously accepted my offer, although he did quip that he charges double when a client asks to be involved in the project.

1 thought on “A Tempory Tarp Roof”