With the roof on and us able to depend on the insides of the sauna being a bit more weather-tight, Grandpa and I opted to spend the other day working up the interior walls. 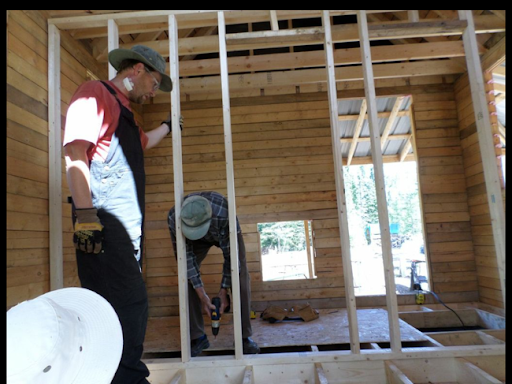 Framing these in was delightfully simple.  The main wall was designed to run through the centre of the sauna, so it rested directly on my double two by six inch floor beam. 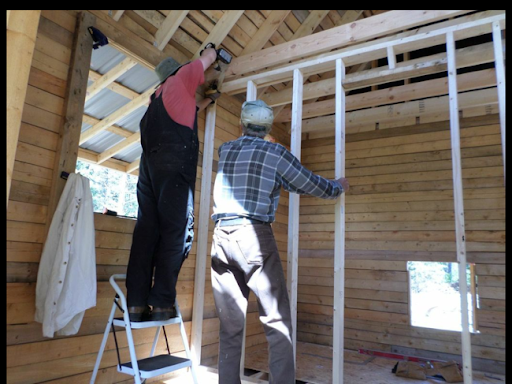 We built the wall to come up about 2″ below the loft.  Grandpa and I agreed that this seemed a reasonable amount to deduct to allow for settling of the building over time.  Once I can see that the sauna is no longer settling, I will shim the top of the wall and seal it up. 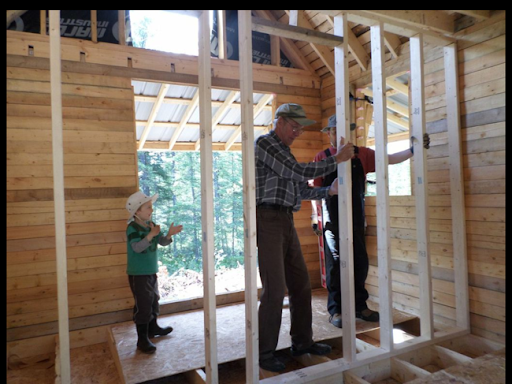 Kenny was rather excited to see us hoist this wall into place.  He came over and began chanting “Aud-i-ence!” and clapping.  Not sure where that came from. 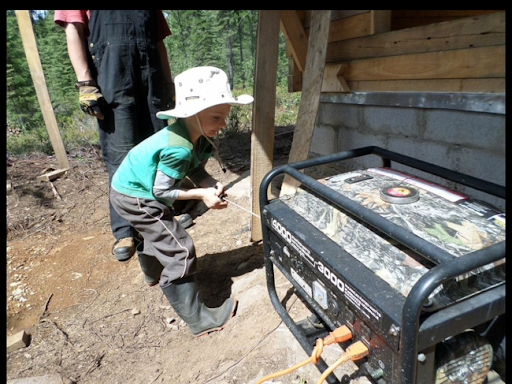 The greatest debates revolved around the size of the interior doors.  Both Donna and I were happy to keep them rather narrow, and that’s what we did in this case.  I roughed them in to be about 24″ wide and about 6’6″ high.  Small by any conventional standards, but probably average for a sauna. 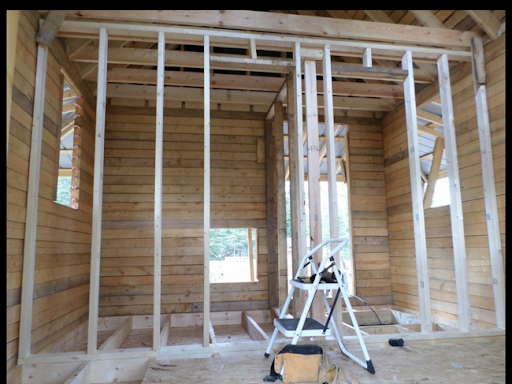 Next it was fast work to put up a short wall perpenticular to this wall, to separate the steam room from the change room.  There was no door in this area, so it was a simple matter to build a frame wall and attach it to the first one.  Neither of these walls was screwed to the main structure of the sauna.  Again, this was to allow for settling. 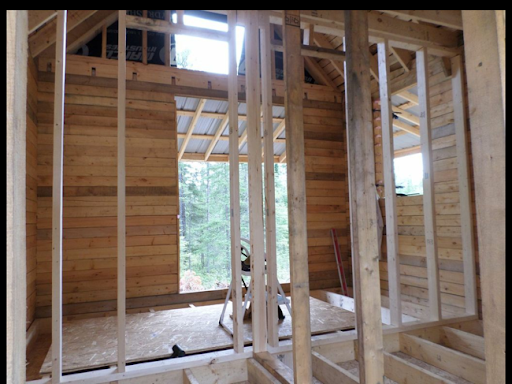 Now to get the windows ordered so that we can insulate and close up the floor.