Once again it was raining so we decided to work indoors on the sauna floor.

I had planned on having six inch rafters and fully insulating the floor. 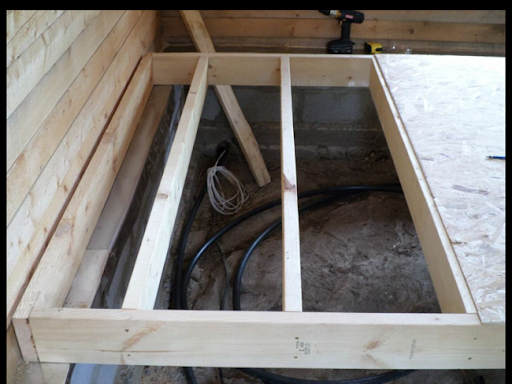 To ensure that pests could not get up into the insulation from below, I had purchased some 1/4″ OSB.

First Grandpa and I built a six by twelve floor and Kenny used the nail gun to fasten the OSB to the bottom of the joists.  This concept of enclosing the bottom insulation was first suggested by Mummu, and readily accepted by Daddy. 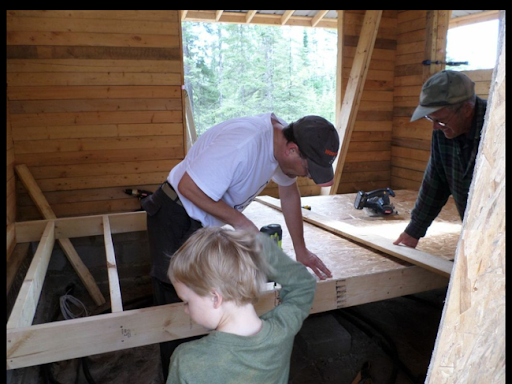 I do have a concern that OSB is somewhat of a vapour barrier on its own, and I don’t want my insulation trapped between two vapour barriers.  I’m hoping that such thin OSB will still permit a bit of air flow.

Logistically, putting the solid barrier on the bottom of the joists made things a bit more difficult, which is why we opted to build the floor in two sections.  This actually worked out very well.  It meant that there was a built-in “beam” through the centre of the sauna.  I had poured a small pad in the centre of the sauna, which I will finish off with a post up to the twinned joists from the two halves of the floor. 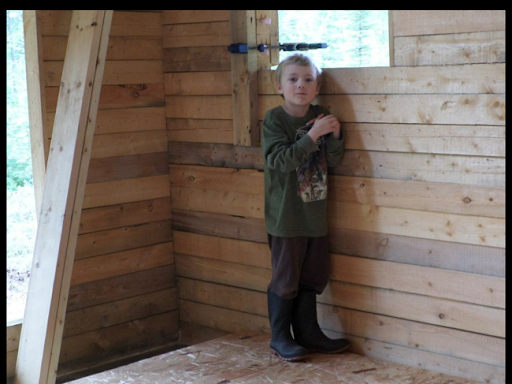 It took us to lunch to complete the first floor section.  Grandpa had some of his own chores to pursue in the afternoon, so once he left, I went out in the bush to heave up my breakfast (yes, still reeling from that blue cheese fiasco) and then headed to the yurts for some ginger ale and tea. 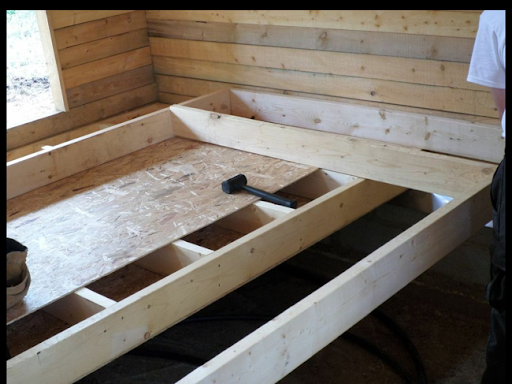 Shakily, I returned to the sauna and allowed myself a relaxed pace at building another copy of the floor we had built in the morning.  The big difference this time was that I framed in a trapdoor to access the crawlspace in the future.  I see myself needing to get there at least twice a year to deal with ventilation under the floor, as well as if I ever need to get down there in the future to deal with plumbing or wiring issues. 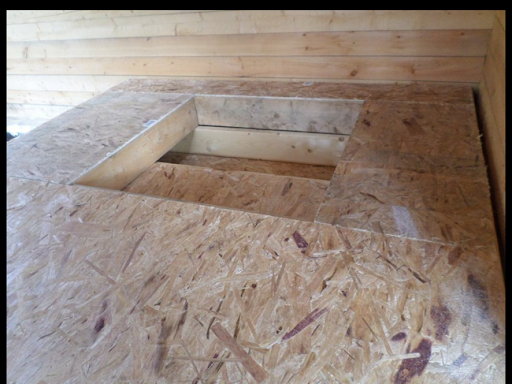 Feeling my oats, after I had assembled the entire floor, I thought it would be impressive if I could flip it and place it by myself.  This turned out to be more difficult than I had hoped, but less difficult than I had feared.  I could see how it could have been (was) somewhat dangerous though.  Trapped in such an enclosed space with a precariously balanced floor was slightly unnerving, and I must confess that when the floor finally flipped, I jumped for it and wound up with a slightly skinned knee for my trouble. 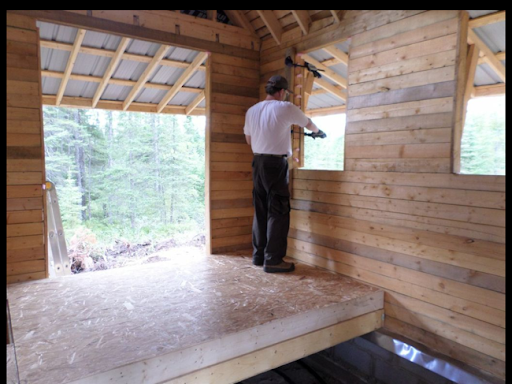 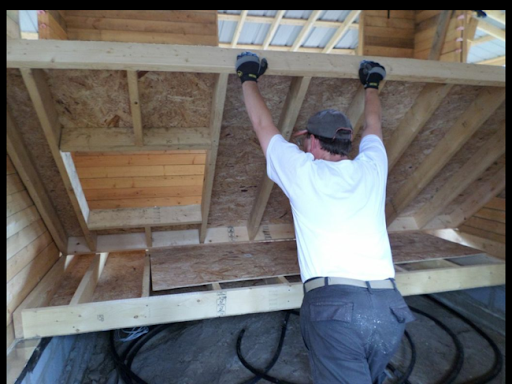 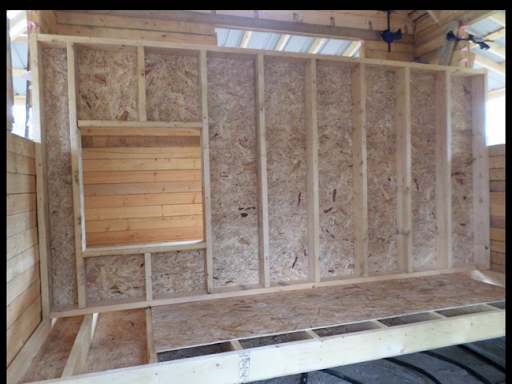 Grandpa heard the thump from his property, and came over just in time to help me slide the second floor into place.  This was also a bit of a dicey proposition, as the tolerances were tight.  It probably wasn’t a single man operation, and with his help it went fine.  I even had two extra pieces of OSB to put down for us to stand on and enjoy the feeling of a floor under our feet. 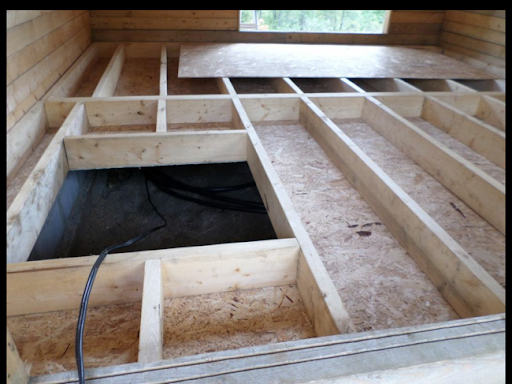 Kenny also found a break in the rain to be a good chance for him to take up a new hobby in woodcarving. 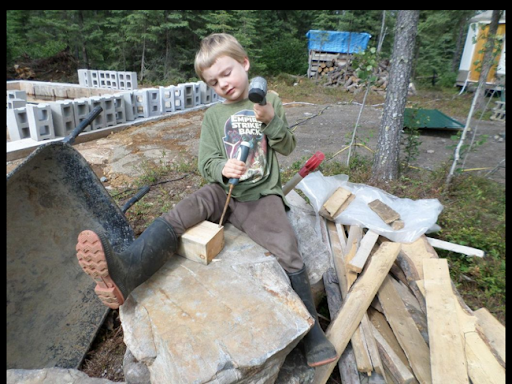