As Grandpa and I were finishing up the gable ends in the previous post, I happened to take a more careful look at the gable end wall from the inside, and something looked just subtly off – from my perspective up on the ladder.

Fetching a nearby level, I confirmed that the gable end walls were not quite vertical.  Upon reflection, I realized that we had never bothered to confirm that the roof rafters were vertical before we began installing the roof boards.  I guess they were close enough to fool our eyes, but that when a real wall was attached to them, it became obvious that they were out by close to an inch from top to bottom.

It was far, far too late to fix or disguise this problem.  At least I can take solice in knowing that it is undetectable to anyone unless they are actually right up beside the wall.  For reference though, I will want to confirm that the roof is square and level on the cabin before I begin putting on the sheeting.

These roof boards were rough cut planks that were left over from the beams I had cut throughout the winter and spring.  They weren’t always very pretty to look at, but they were very serviceable.  As such, I decided that I wanted to cover them up with something more finished.  I had a few lengths of V-joint remaining, and so I broke out my new nail gun and set to work. 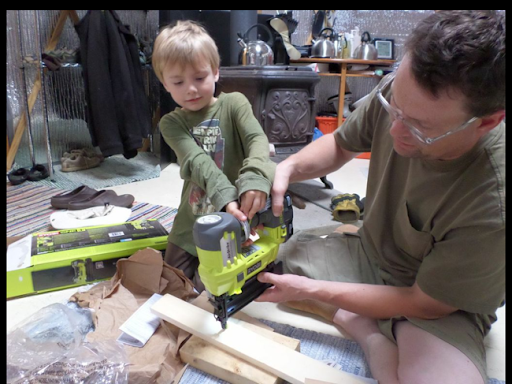 The nail gun arrived with great excitement.  Kenny wanted to try it first.  We confirmed a bit of safety requirements, and he proceeded to pop a few nails into some scraps to check on depth and pressure settings. 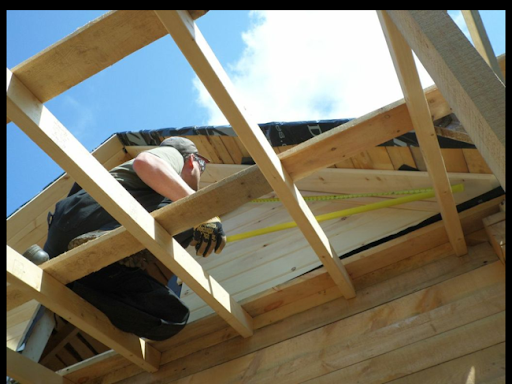 I loaded it up with some nails and headed up.  Things went lickety-split and I was very happy with the overall look of the eaves. 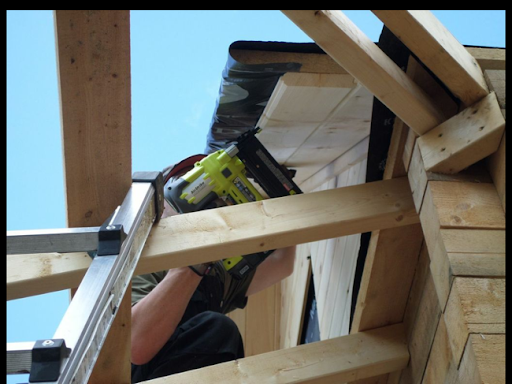 The last length of V-joint I ripped to size on my table saw (yes, the one that was broken in the great dojo tent collapse of ’13) and it really finished off the look of the eaves. 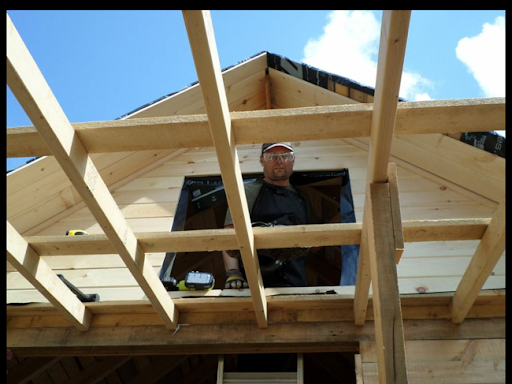 I’m quite happy with how this turned out, and I plan on using a standard steel drip edge flashing to cover the ends before I put the actual steel roofing on. 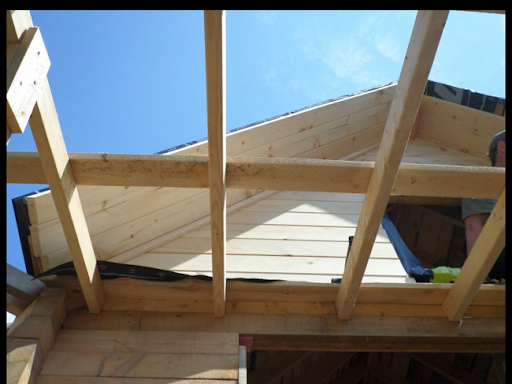