Lately Kenny has been really into The Hardy Boys stories.  He is beginning to get more and more into reading – very exciting for mama and me!  But then we found something to distract him. 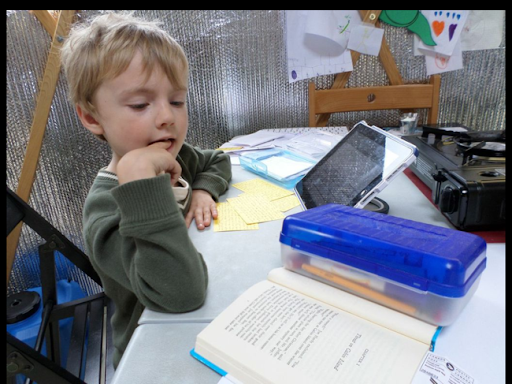 My steel roofing had arrived!  With great excitement I brought home a few hundred pounds of steel roofing and flashings.  Thank goodness for the Ranger. 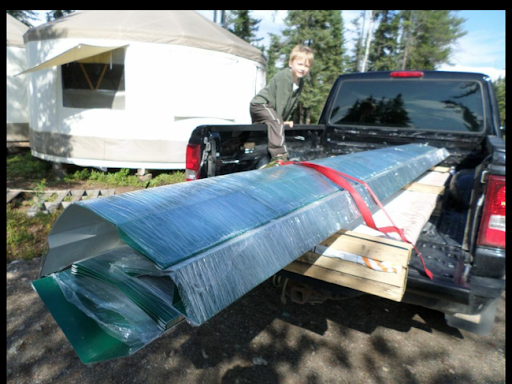 As is the usual case, it rained right away, but the first clear morning found Grandpa and me unloading the flashings and steel and setting them up near the sauna. 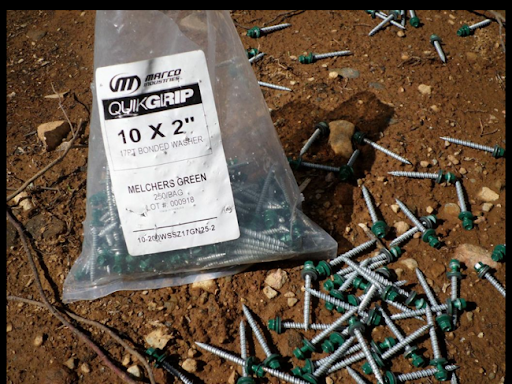 To start with, I placed a full sheet on the porch roof under the eave of the main sauna roof, which extended down slightly further than under the gable, if you take my meaning.  Basically I wanted to determine where the sheets would overhang the most, and use that as my guide for the remainder of the roof. 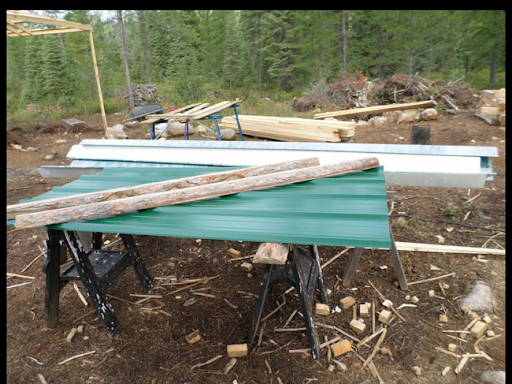 This was found to be about three inches.  More than the one or two inches I had planned on, but hopefully still within the realm of possibilities.  I didn’t want to cut down every sheet if I could help it.  I feel that three inches of unsupported overhang on the eaves of the roof won’t be a liability.  I like to believe the snow will spill off of this before the steel would bend. 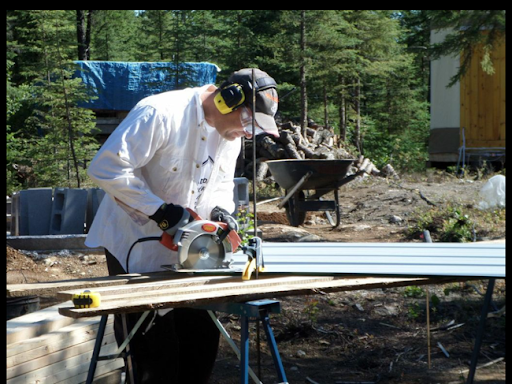 With this figure in mind, I put on my first full sheet.  I butted this into the corner as close as possible without actually having to cut any part of the sheet.  It worked out that each corner required nearly exactly two sheets to be cut to fit right down to the outside corner of the porch roof. 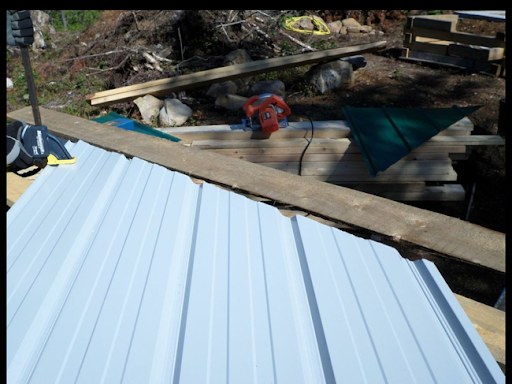 To cut the steel, I flipped it upside down, marked my cut, and then used the circular saw with a crummy old ripping blade installed backwards. 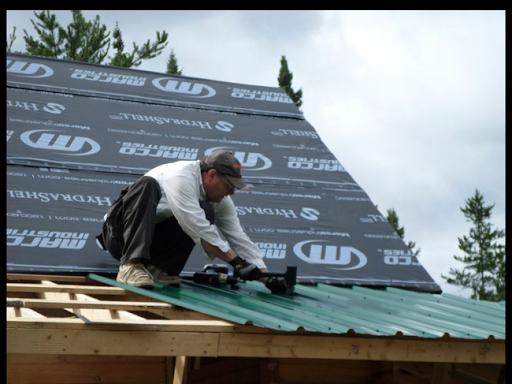 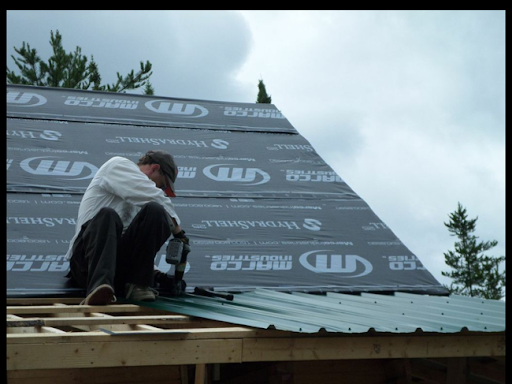 This is incredibly noisy – seriously.  Please make certain that anyone even nearby has hearing protection.

It also shoots off a number of hot, sharp debris.  Long sleeves and pants, as well as gloves and eye protection are also well advised. 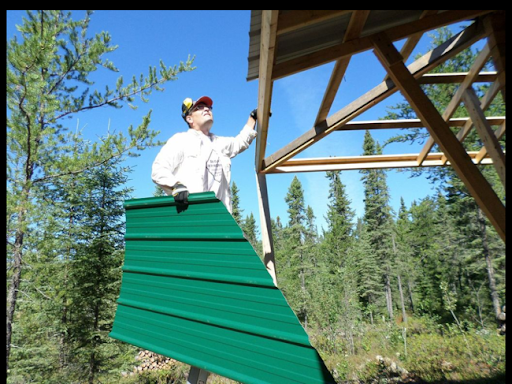 The cuts are not very smooth, but in my case, they were going under a hip flashing, so I wasn’t terrifically concerned with the aesthetics.

One thing I learned quickly is that if you are not pre-drilling your holes, you should be using a hammer, or perhaps a mallet, to pound the screws once or twice to get them started.  It’s challenging using just the drilll.  Also, be sure to have some 1/4″ drivers prepared, as you will wear them out over the course of a few hundred screws. 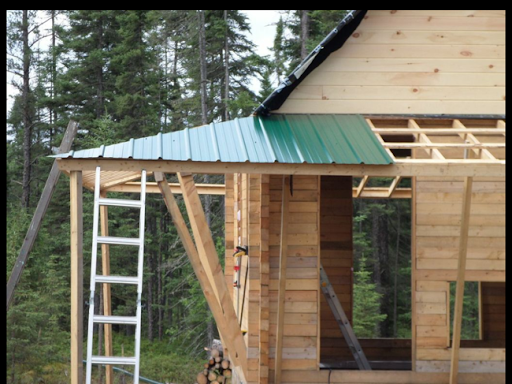 This portion of things was not really a two man job, so Grandpa spent his day landscaping.  Grandpa teamed up with a wheelbarrow and spade are the equivalent of a bulldozer!  He has made some amazing changes to the lay of the land around the yurts and sauna and cabin! 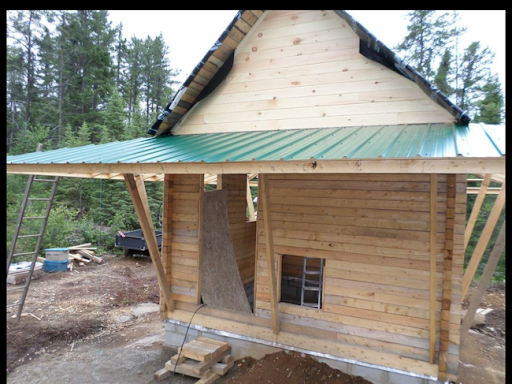 In one day, I managed to get half of the porch roof covered.  Not bad!

1 thought on “Installing the Steel Roof on the Sauna Porch”