I took it into my head a few days ago to try to clean up a little bit around the yurts and building site.  One item that had been abandoned since midwinter was the two “skiis” or runners that Grandpa and I had attached to the trailer for winter trail use.  They worked somewhat, but not terribly successfully, and it turned out to be a fair bit easier to drag logs back to the yurts and then cut them into stove lengths there, so the runners were abandoned.

The runners were full 6″x6″ poplar beams and still rather heavy.  I figured that I’d cut them up into stove lengths and let them finish drying out before I use them as firewood this coming winter. 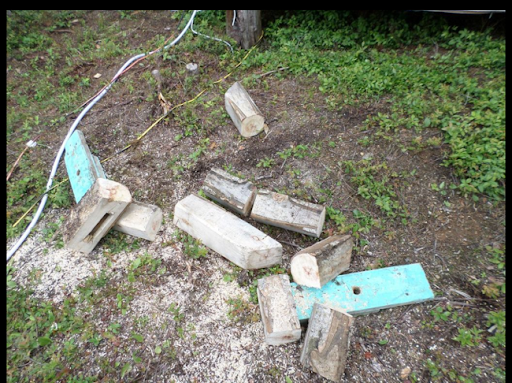 I knew that they had a few extra screws still remaining in them where my cross-members had existed, but of course, the saw suddenly stopped cutting dramatically on the final, mostly unneeded cut. 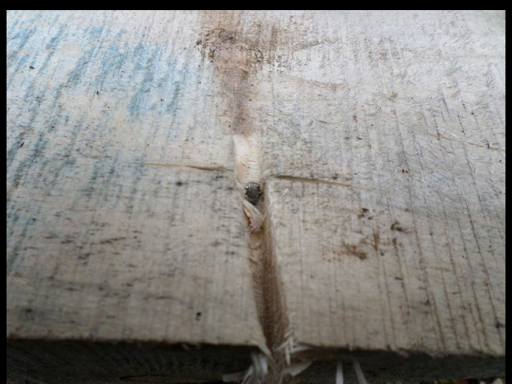 Yes, I found a screw that appeared to have broken off deep in the runner.  This may be a good excuse to try out my new chain.

I have convinced myself that this is the sort of thing that happens to anyone who uses a chainsaw on a regular basis.