Most of my early thoughts on the cabin and sauna involved having a solid log wall at the gable ends.  This seemed somehow more “authentic” to me.

On this point I gradually conceeded that it didn’t make as much sense.  Assuming that the beams WILL shrink over the first few years, even a small amount, it became obvious that there would be issues with the slope of the roof changing over time.  This isn’t a good thing, or at least, an easy thing to deal with.

With fewer logs close to the eaves, and more at the peak, shrinkage would be more obvious under the peak than the eaves.  One possible solution was that I’d support the roof(s) entirely as cathedral ceilings, or support them by the internal walls.  Then I’d place a large (2×10 or larger) board on the outside as a trim to cover the ever increasing gap between the top of the beam wall, and the rafters themselves.

I’d have to monitor this gap for the first few years, packing it with extra insulation as it opened.  I would also have to be able to adjust the support height of my theoretical interior wall, to accomodate the overall settling of the roof as the outer walls of the cabin settled.

Framing the gable ends would eliminate these problems.  They would not shrink within themselves, and they would settle on top of the beam walls at the same rate as the roof itself.  Through Howie’s Saw, I am able to purchase 5″ wide V-Joint boards that will closely resemble my own log walls. 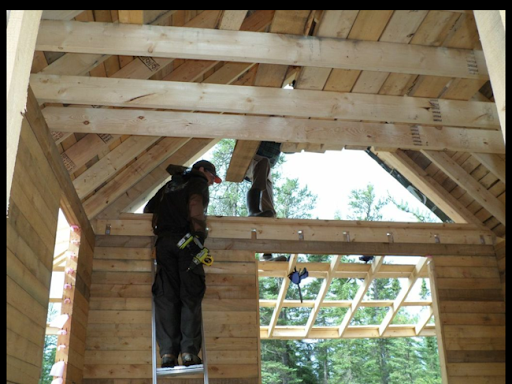 So it was settled – I would frame the gable ends of the sauna and cabin. 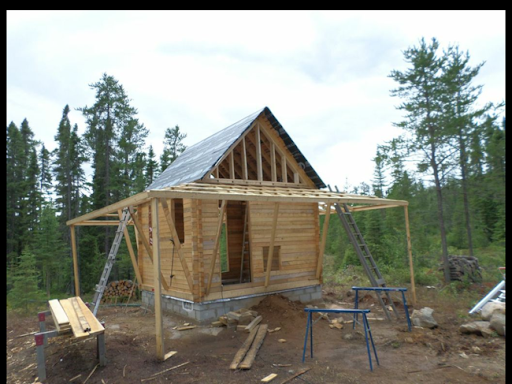 Because the sauna is so small, I made the decision to rely on my ridge board and beam walls as vectors for the roof weight.  As you can see in my framing pictures, I did not in any manner assume that my gable ends would be load bearing.  I will likely do this differently in the cabin, where the roof is nearly twice the size. 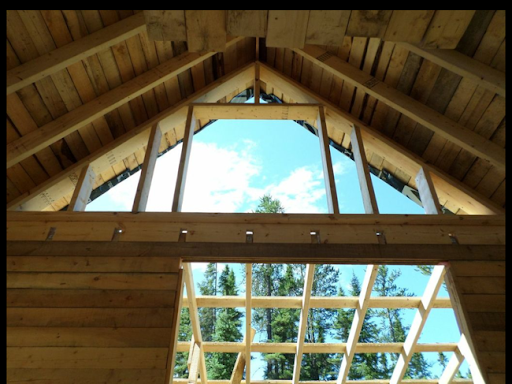 We decided to put in a window on the south side of the sauna gable – this would allow in more natural light, and hopefully some of that winter light may fall upon the water tanks I plan on installing in the loft. 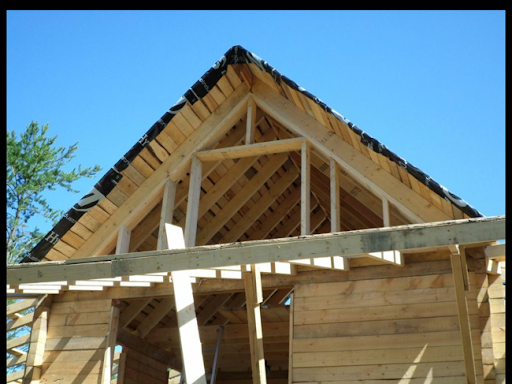 Yes, I know that the window is not “properly” framed and reinforced.  Again, this was a decision based on the lack of any real stress in that wall.  I will do it differently in the cabin where the forces are geometrically different.

I was hoping to have a nail gun by now, to use to put the log siding up with.  Unfortunately, Home Depot was sold out of the model I have my heart set on, so I have to wait a few days while my ever so wonderful parents purchase one on my behalf and UPS it to me.  Grandpa and I agreed to try to go old-school with a nail punch and hammers.  How stone age!