Mummu has clipped one or two articles by Steve Maxwell over the past year, pointing out that he is not only a contractor, but one who has already done something similar to our venture – moving to bare land and self-building a home there.

As such, I have sometimes encountered his building and homesteading tips independently in my internet travels.  One that I remember is his recommendation to pile firewood in round piles.

I had seen this done before, and found it intriguing.

With the onset of the new driveway going in, I had to move a number of regular piles that were set up close alongside the old one.  This was a good opportunity to try out Steve’s notions. 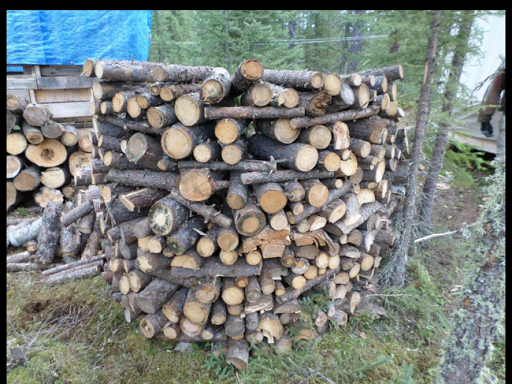 I started with a spindly balsam near the yurts.  I piled carefully in a circle and things started to look pretty awesome!

I didn’t follow Steve’s advice about placing long poles to extend completely through the pile, defining its diameter. 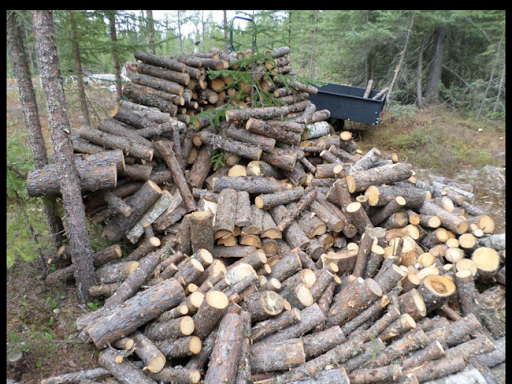 As I was about to add another ring around the outside to help stabilize things, with a gentle rumble, gravity reared its ugly head. 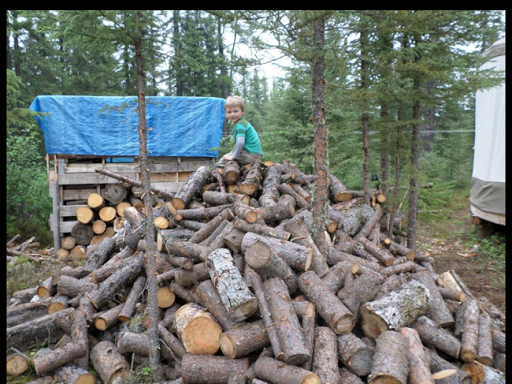 The last two loads of wood, I just chucked willy-nilly onto my folly.  Kenny made good use of this pile as yet another part of his environment to conquer.

I actually haven’t given up on the round pile notion.  I did rather like the look and concept of it.  I will just have to try to follow Steve’s rules a bit more closely next time around.

2 thoughts on “Round Wood Piles”