With our driveway complete, the next step was to get our footings for the cabin poured.  I had called TBC Ready-Mix to come in and do the pour, as they were highly recommended by BJ, as well as conveniently local.

Wayne from TBC said he would come out in two days, but the next morning, he called and offered to show up that day to do the job!  I agreed with that, but had to call BJ to move his excavator to be sure that the concrete truck would have enough room to squeeze past.

That afternoon, Wayne drove up and checked things out.  It was gratifying to see that he was pleased with the road, as well as accepting of the forms we had made to hold the footings.  He pointed out a few spots to beef up, which we did.  He also offered to stick around and help us wheelbarrow the concrete across the footprint to the far side of the forms, where the concrete chute wouldn’t reach. 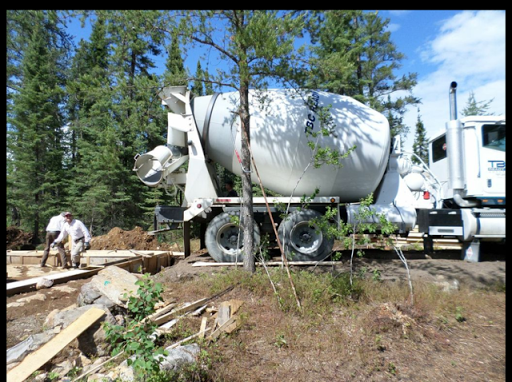 Shortly afterwards, to great excitement, Mark backed the concrete truck up to our footing forms, and we started to pour. 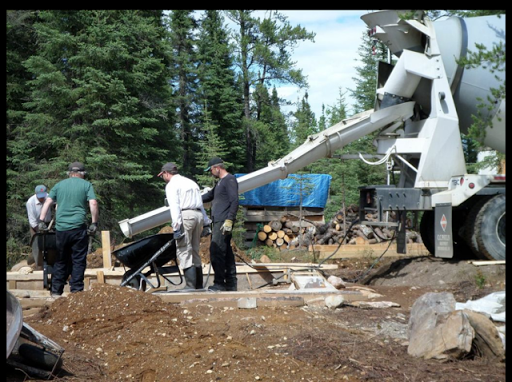 Grandpa manned the shovel, spreading our loads of concrete back and forth and ensuring consistent coverage everywhere. 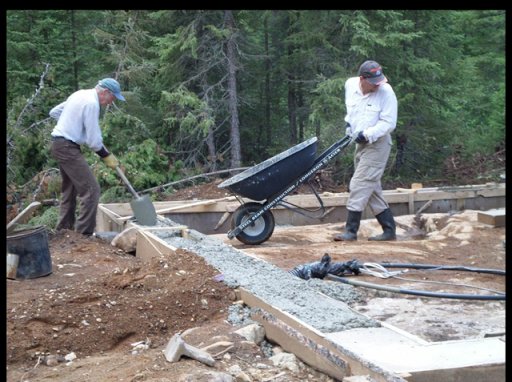 Wayne and I generally alternated loads to various spots around the footings, although in one high corner Mark suggested that I no longer pour concrete directly in, but rather, carefully shovel it in, as the forms there were giving him a bad vibe. 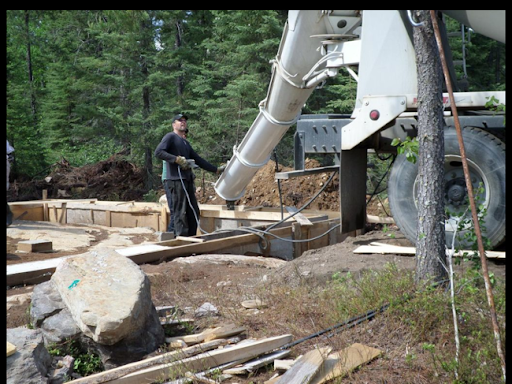 Once we had poured in enough concrete to fill the areas his chute couldn’t reach, he swung around and began to cautiously pour into the forms directly from the truck.

In a few places, the wires Grandpa had threaded from one side to the other to hold the forms together snapped as the concrete poured in.  We held our breath, and nearby wires continued to hold – but the forms began to bulge like some sort of plywood balloon. 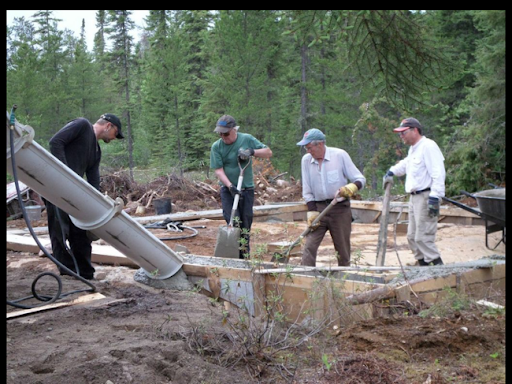 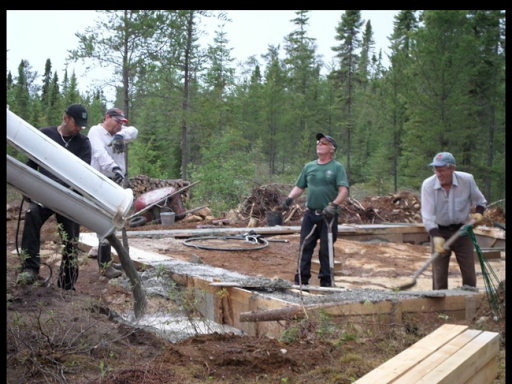 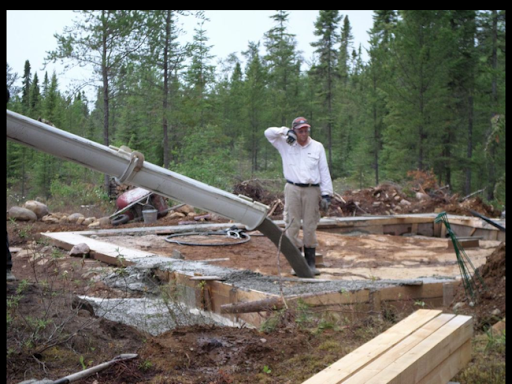 No, he didn’t miss the forms.  At this point we realized that I had indeed guestimated high on the number of yards of concrete I would need.  So, in the interest of supporting the forms, we dumped excess concrete on either side of the forms.  On the outside, I was mostly indifferent.  On the inside of the forms, it actually was a bit of an advantage, as it went into the deepest corner, and brought it up to a level surface that would be nicer to deal with in the future “crawlspace” under the cabin. 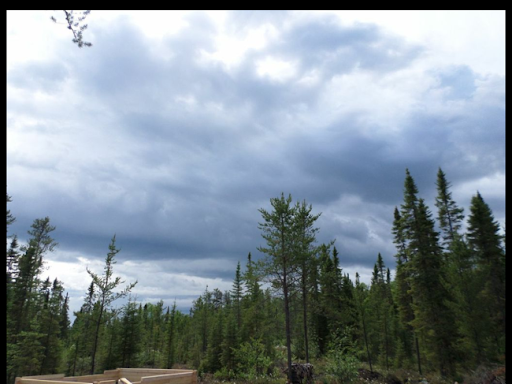 With bugs biting us mercilessly, and these clouds forming up overhead, I’m sure it was with great relief that Mark finally emptied the truck, and took off back down the driveway.

Donna covered up all the power tools and brought us some cold water refreshments.

Wayne stuck around briefly to accept payment and help screed the concrete, and then the rain began to pour down, and we all headed for home to congratulate ourselves on a job well done.

2 thoughts on “Calling in the Ready-Mix Concrete for our Footings.”