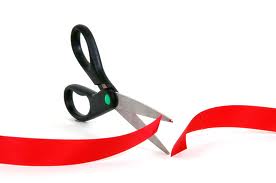 Sorry to everyone who has been waiting so patiently for our next post – preparing for the move has been both easier, and much more difficult than expected.

I have tried hard to be proactive, and have been packing up and organizing items for the past few months. I believe I have done a really good job at it too – this weekend will be the real push, as Monday is when our transport trailer is scheduled to arrive, and as of last night, we’re going to attempt to have it fully loaded in one day.

The past two days have been a bit of a headache though. I can feel my stress levels building up a bit, old anxiety type symptoms seem to be plaguing me again, and things that I thought were dealt with, have come back in strange, and annoying ways.

First was our mailbox. On Wednesday night as I was returning home from Aikido class, I noted that I had missed a phone call from Thunder Bay. It was Canada Post informing me that my request for a mailbox had been denied – no formal structure=no mailbox. It’s a bit off-putting, as we aren’t asking them to deliver directly to our property – just to the common group of “super” mailboxes that already exists. More annoying still is that there seemed to be no chance for appeal – the voicemail simply stated the facts, and then hung up. I returned home, and found that they had sent an automated email that was even less encouraging – basically telling me my case number was closed. The End.

On the plus side, their customer service number was still open until 8pm, and Evan, the fellow I spoke to was very sympathetic to our situation, and reopened our case with a new ticket number and further clarification of our intentions and need for mail service. I’m hoping that they will do the right thing.

Yesterday was also a bit of a long day, as it was determined that insurance on our house, while having been finally arranged, didn’t extend to our property in Thunder Bay. I suggested all I wanted was liability, but they weren’t enthused about the idea of us living there, and building our own home. If I wasn’t a licensed contractor, it was somehow a big deal. The quote for us to live in a tent and build a cabin in the bush was quite a bit more than we are paying for our rental house in the city! I didn’t hear back from our broker about how things ended up – and I’ve tried calling one or two other places, so we’ll see what transpires. I have no philosophical issue with insurance, I just want to be realistic – liability makes sense, but to charge more for it than for comprehensive coverage doesn’t make sense.

Ahhh, but now today I have heard back from my current broker, and he says that they will continue to extend liability coverage to us at our current rate for both properties, even when we live in Thunder Bay full-time. That’s super news! We do have to check back when we begin building our home though, so we’ll deal with that, then.